US weighs ban on the famous Chinese App “TIKTOK” as...

Mike Pompeo, one of the most outspoken China hawks of Trump’s cabinet has railed in various interviews and meetings about the use of Chinese technology in recent months. He said that they are considering banning the popular Chinese social media application TIKTOK amid global concerns the video-sharing tool also serves as an instrument of propaganda for Beijing and mass surveillance.

Australia is also considering banning the app saying that it is “a data collection service disguised as social media”.

The cold war has caused both sides to take a series of regulatory moves aimed at protecting their market shares. The US government has ordered all military bases to cease selling Huawei devices and tech firm ZTE from China. However, going that route would force it to make costly compromises on performance in basic products.

As India also banned TikTok last week and dozens of other Chinese apps, the agency noted that it received complaints saying that the app was “stealing and surreptitiously transmitting user’s data” and is a threat to the Indian security.

Pompeo, talking about the banning of TikTok stated that “We’re certainly looking at it and taking the issue very seriously.” He further added that “I don’t want to get out in front of the president, but it’s something we’re looking at.”

A TikTok spokesperson wrote as a response to Mike Pompeo’s statements saying, “Tiktok is led by an American CEO, with hundreds of employees and key leaders across safety, security, product and public policy here in the U.S. We have no other priority than promoting a safe and secure app experience for our users. We have never provided user data to the Chinese Government, nor would we do if asked.”

Is Tiktok a threat?

Like the other social media apps, TikTok does collect the personal information of its users as they demand access to their phone’s microphone, camera, location, and contact list. The app has been criticized by the US senators for child safety, privacy, and censorship. They were concerned that they might censor the content that doesn’t appease China, as it is owned by a Chinese company, ByteDance.

Parents are also considered about the child’s safety as a waste of time also including sexual and violent content. However, according to the Community guidelines of Tiktok, the app is “deeply committed” to child safety and has “zero tolerance” for behavior that could lead to child abuse and sexual exploitation.

Tiktok is a short-film video-sharing app that enables its user to create short videos around 15 seconds and share it with their friends and fans. It is a social media platform for discovering short clips, made for the digital age. Young people can express themselves through TikTok by dancing, comedy, lip-syncing, and dancing.

Owned by the Chinese Company ByteDance:

Before being named Tiktok, the app was known as Musical.ly which was a popular short-form video streaming with over millions of users and they could share their videos. It allowed users to lip-sync to a plethora of music and dialogues and they shared their content on other social media apps such as Instagram and Facebook, resulting in driving the app’s popularity.

But in 2018, August, the app was taken over by the ByteDance, a multinational internet technology which is a content platform in China. It left its users shocked but all the content from Musical.ly was automatically transferred to Tiktok and their accounts.

The app gained worldwide recognition and added new features allowing users to record reactions to the videos they share. It had a much broader scope with videos ranging from funny videos to dance videos to magic tricks and much more.

According to a report from Bloomberg on Wednesday, the Chinese Company gained a net profit of $3 billion last year.

Celebrity Endorsement and rising to popularity: 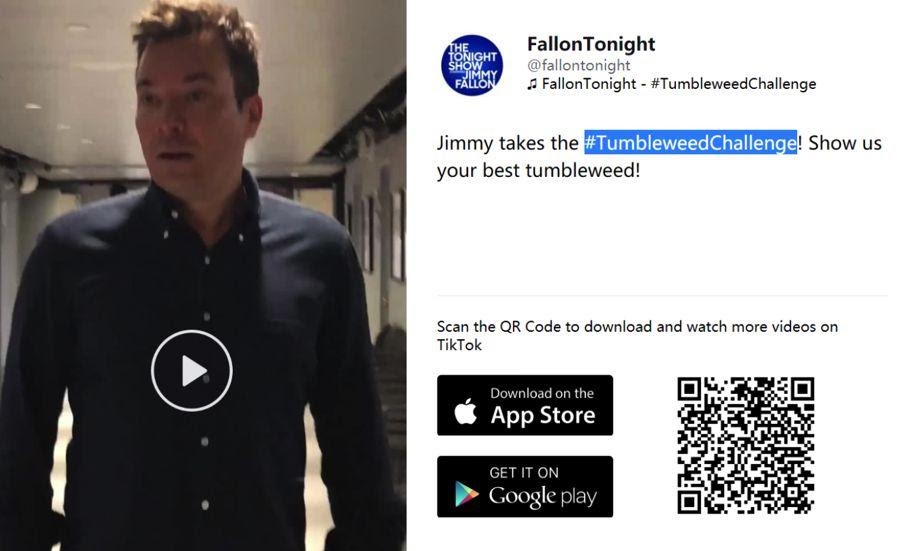 Tiktok has made several partnerships and contracts with celebrities and TV hosts to promote their app and in 2018, The Jimmy Fallon show started challenges using this app. The challenge went viral resulting in gaining 10.4 engagements just in one week. Celebrities such as Will Smith, Jason Derulo, Alicia keys, and many more are seen very active in creating content on Tiktok with millions of likes and followers.

In 2018, the app was reported to be the most-downloaded app on the Apple store globally with 500 million monthly active users. Using the technique of never running out of fresh and latest content, it has made many brands realize that it has great potential in the marketing world

Both world superpowers, China and The United States of America have engaged in the cold war, as their feud keeps getting nasty day by day. The two countries are exchanging regulatory punches that threaten a massive range of industries that include energy, technology, and air travel. Both countries have blackmailed each other’s companies which are starting to make them nervous that the trading landscape can possibly be shifted out from under them.

U.S Chamber of Commerce’s head of International affairs, Myron Brilliant said that “There are many industries where U.S companies have made long-term bets on China’s future because the market is so promising and so big but we’re recognizing the risk.”

The US has blamed China for unfair trading and intellectual property theft. Both superpowers are in excessive tension creating a trade barrier against each other.

The feud heats up due to Coronavirus Pandemic:

Due to the global pandemic of Covid-19, the two countries feud heated up even more as the U.S President Donald Trump blamed China for covering up the coronavirus pandemic and mishandling the situation. He even mocked it as “The Kung Flu”.  He said, “We want to know what happened so it never happens again.”

The US Secretary of Defense stated in a conference that, “The Chinese have not been transparent from the beginning. If they had been more transparent, more open, upfront in terms of giving us access to reporting, giving us access not just to the people on the ground but to the virus they had so we could understand it and we’d probably be in a far different place right now.”

In decades, the relationship between Beijing and Washington has been the lowest. Being realistic, they are on a cold war footing right now. Trump has blamed China that the virus is originated from a laboratory in Wuhan.  Trump has threatened to scrap the phase one US-CHINA trade deal and increase tariffs. Meanwhile, China’s state media has ratcheted up social media attacks on US political figures.

A meeting of the World Health Organization turned into a showcase for the escalating tension between the US and China. China’s president pledged $2 billion to fight against the fatal virus as well as dispatching doctors and medical supplies to countries in the developing world.

Mr.XI said in the meeting, “In China, after making painstaking efforts and sacrifice, we have turned the tide on the virus and protected lives. We have done everything in our power to support and assist countries in need.”