Naya Rivera, a famous American singer, model, and Glee Actress was found dead on the Piru Lake. Her dead body was discovered by authorities on Monday. Naya went to Piru Lake with her 4 years old son to enjoy. When they reached there, the staff of Piru Lake found her 4 years old son alone without her Mom, Naya. Then they gave the news of missing Glee Actress Naya to Authorities and there started the investigation on the Piru Lake, California. 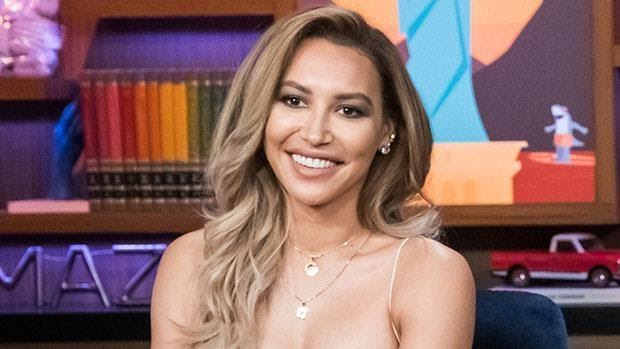 Naya Rivera left us at just the age of 33. Naya was such an amazing and brilliant artist. She proved herself and got fame from her TV comedy show named Glee. Naya’s body was found almost about five days after she had been missing from Piru Lake on July 08, when she went alone to that lake with her son. The dead body of Naya was discovered by the Ventura country Sheriff’s Office. The Ventura Office confirmed that the body is Naya’s.

Confirmation of the news

It was confirmed when her Glee co-star Jane Lynch wrote the tweet,  “Rest sweet, Naya. What a force you were,”

Steven Canals, an American Screenwriter, who co-creating and executive-produced the FX television show Pose, also felt grieved at the demise of Naya. He wrote on Twitter that he was “Heartbroken over all the stories that will remain untold.” 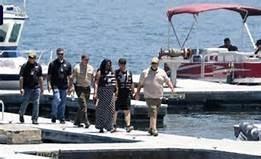 The reaction of Viola Devis

Viola Devis, an American actress and producers also remembered Naya and sent condolence to her family on her Death with some good words and said, “Thank you for what you gave the world”

The reaction of Rep. Alexandria Ocasio-Cortez

Alexandra Ocasio-Cortez, who is the female political personality, is a member of the Democratic Party and the U.S Representative of Newyork. She also sent her prayers to Naya on her Tragic death news and said, “as a Latina,  it’s rare to have a rich, complex character reflect us in media,”

Naya Rivera started her career when she was a child. And she gained popularity as a brilliant child artist at this young age. She worked on the TV show named Glee, as teen Lesbian character which remained on aired from 2009 to 2015 on fox. She worked very hard for this role and gained so much fame from that. She was raised by her parents named, Yolanda and George; her younger brother, Mychal; a sister, Nickayla; and her 4 years old son. They were living a happy life together.

Naya Rivera worked for a long time on Fox,  as a teen lesbian in TV comedy Shoe, Glee. They were also very shocked and sad about her death news and said,

“Naya Rivera was a fierce talent with so much more to do and this is such a terrible tragedy. We are forever grateful for the indelible contribution she made to Glee, from the first episode to last.”

Naya Rivera belonged to Santa Clarita, California. Naya started acting at the age of just 4. She worked in several shows including,  the fresh prince of Bel-Air, Family Matters, and The Bernie Mac Show.

In her teens, Naya suffered a lot with eating disorders. Naya also had her breast surgery at such a small age, not as a sexual thing but she was suffering from some breast disease. She would later in her Autobiography.

Interview with The Associated Press,

Naya claimed in 2011 interview with The Associated Press,

“I had the lowest self-esteem in high school possible. I was not popular, I did not have friends, but I would say it is really important that you know who you are and you are going to win in the end because of that,”

Naya also struggled a lot before entering the Hollywood industry. Naya worked as a waitress, a nanny, a marketer, or all other odd work, just to earn something. Naya never gave up, while she was continuously working so hard to reach that level, where she left us now.  Naya gave many auditions for singing and acting.  Naya once auditioned singing, “Emotions.”

Naya Rivera worked on a secondary role in the first season of Glee, after this she proved herself to be on the role of the main character, in Glee, by struggling hard to reveal her character’s sexual identity.

Talking to Los Angeles Times in 2011

Naya claimed while talking to Los Angeles Times in 2011,

“Honestly, I never thought I would actually be playing a teen lesbian, I did not think it was going to go this far. But I am glad that I did. Because there have been a lot of fans who have expressed that they have been going through similar situations in their lives. I have heard from the girls that are in high school, they are 16,17 and they are alike, ‘I came out to my mom,’ or ‘I came out to my friends, and thank you for helping me do that.”

Naya performed on many songs and they got hit also. Some of her famous songs include a cover of Fleetwood Mac’s “Landslide” with Gwyneth Paltrow, an American actress, singer, author, and businesswoman. “Here comes the sun,” with Demi Lovato, and a tearful cover of the Band Perry’s “if I die young.”

Chris Colfer is an American famous actor and author and got international recognition after doing Glee. He used her Instagram to wrote something about Naya and said,

“Brilliance and humor were unmatched,  she could turn a bad day into a great day with a single remark.  She inspired me and uplifted people without even trying.”

“To help the legacy of your talent, humor, light, and loyalty live on,”

Naya struggled a lot to get the main role in Glee while working with some amazing personalities as Colfer, Darren Criss, Amber Riley, Melissa Benoist, and Diana Agron.  Naya will no longer be seen in the sixth season of the famous TV show Glee.

Naya wrote in her Biography

Naya had her biography named Sorry Not Sorry: Dreams, Mistakes, and Growing up,” she wrote,

“It would be an understatement to say that Glee changed my life. It overhauled it. It got me out of debt. It helped to cement my career. And before the show, I would never have a group of people I was that close with,”

But while Glee changed our lives, it did not necessarily change who we were. We started the show as a ragtag group of misfits, and six seasons later, when we filmed the last episode, we were still the same bunch of misfits. Just now wearing more expensive jeans,”

After doing that show, Naya became famous and started featuring herself in amazing movies. Naya in 2014 made a film named, At the evil’s Door, she was seen playing the main role of women caught in evil powers and after that, she made another hit named Sorry in 2013.

Naya got married to Actor Rayan Dorsey in 2014. Their son was born after one year of marriage, in 2015. Naya called her Babyboy, “my greatest success, and I will never do any better than him”

After some time, their relation started to become weaker and they were not happy together anymore. Naya got arrested in Virginia, California after beating her husband Dorsey. But she came out of prison soon as Dorsey did not want to charge her in any case. After all this, they divorced.

Naya worked last on Lifetime’s “Devious Maid,” representing the role of Blanca Alvarez, in which there are five maids working in a rich and powerful family.

Effect of Naya Death on her Glee Team

Naya Rivera’s death news is nothing less than a shock to the entire team of Glee. Another member of Glee named Monteith, a famous Canadian actor, and singer, died on the same date when Naya’s dead body was seen publicly in 2013, by drinking the poisonous mixture of alcohol and heroin.

Naya Rivera’s ex-boyfriend Mark Salling, an American actor, who played the role of Noah “Puck” Puckerman on Television series Glee, was also died in 2010 after arrested in charge of spreading child pornography.  Rivera and Selling remained in a relationship for almost three years and got separated in 2010.

Naya Rivera wrote in her autobiography that motherhood has changed her life and given us new perspectives and she was braver also.

Naya said in her autobiography,

“Your life does not have to be perfect for you to be proud of. In fact, I think it is opposite: the more imperfect your life would be, the prouder you should be., because it means you have come that much further, and also probably had a lot of more fun along the way.”