Tara Sutaria And Hansika Motwani; Who Aced The Floral Lehenga...

Tara Sutaria may be a newbie in an industry with only two movies on her belt, but she already manages to seize the audience’s attention. Not only her acting in films is mesmerizing for her fans, but she is acing the fashion game as well.

Tara shared the picture in which both are wearing white outfits, with the caption;

“Ever thine, ever mine, ever ours! Happy Birthday to my favorite person @aadar Jain.”

Aadar reacted to the post with the “I love you” and a heart emoji, making their hearts fall for them even more now. Tara’s sister Pia Sutaria also wished him a birthday wish and said “Happy Birthday to this absolute star.”

Tara Sutaria, an Indian actress who commenced her career as a child artist in 2010 with Disney’s India Big Bada Boom. She kick-started her career in Bollywood in Student of the Year 2 with Anaya Pandey and Tiger Shroff last year. Next, she starred opposite Siddharth Malhotra in Marjawan in the very same year.

The actress is currently working in Tadap that will be directed by Milan Luthria.  Ahan Shetty is making a debut via this movie in Bollywood. She will also be seen In Ek Villain’s sequel alongside Disha Patani and John Abraham.

Sutaria’s vestiary and impeccable style is not limited to one dress style. From Satin dresses to skirts and crop tops to lehengas, she donned every outfit with absolute ease and style.

She even mentioned that a casual kurta is her all-to-go choice for a casual look. She already topped the headlines because of wearing beautiful dazzling lehengas at the several Bollywood events. Today we have her snaps of wearing a floral lehenga, which is similar to the one donned by Hansika Motwani. Have a look at these pictures and you will be assuredly stunned by the top-notch style and dazzling beauty.

Who donned the floral lehenga better? These pictures will provide you with insight. 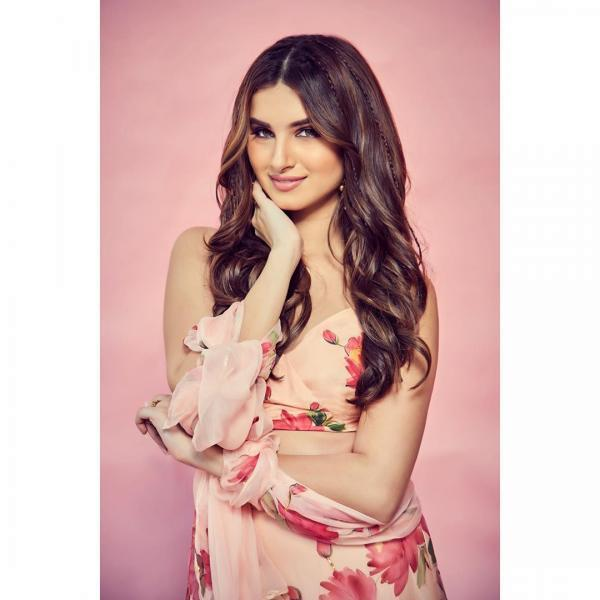 Killing the masses with her innocence. Right! 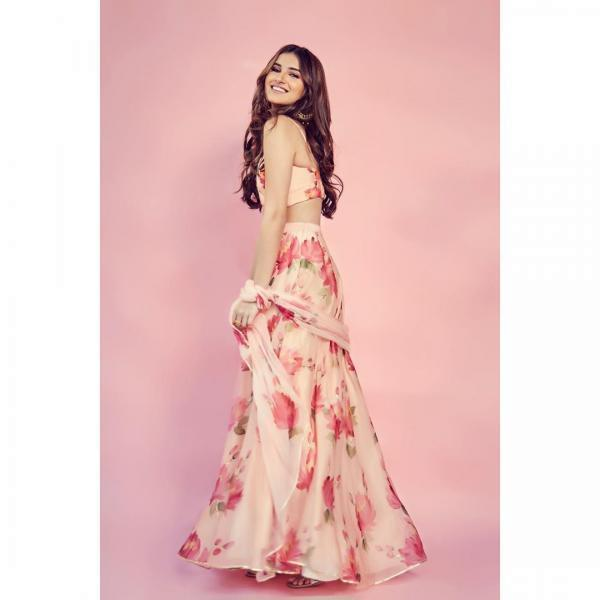 Tara Sutaria is looking like an absolute epitome of perfection in this soft-pink floral lehenga. She completed her look with mini braids and dupatta waving in her arms.

The actresses wore a white lehenga and she looked nothing short of a princess. She looks like a beauty straight out of Disneyland. 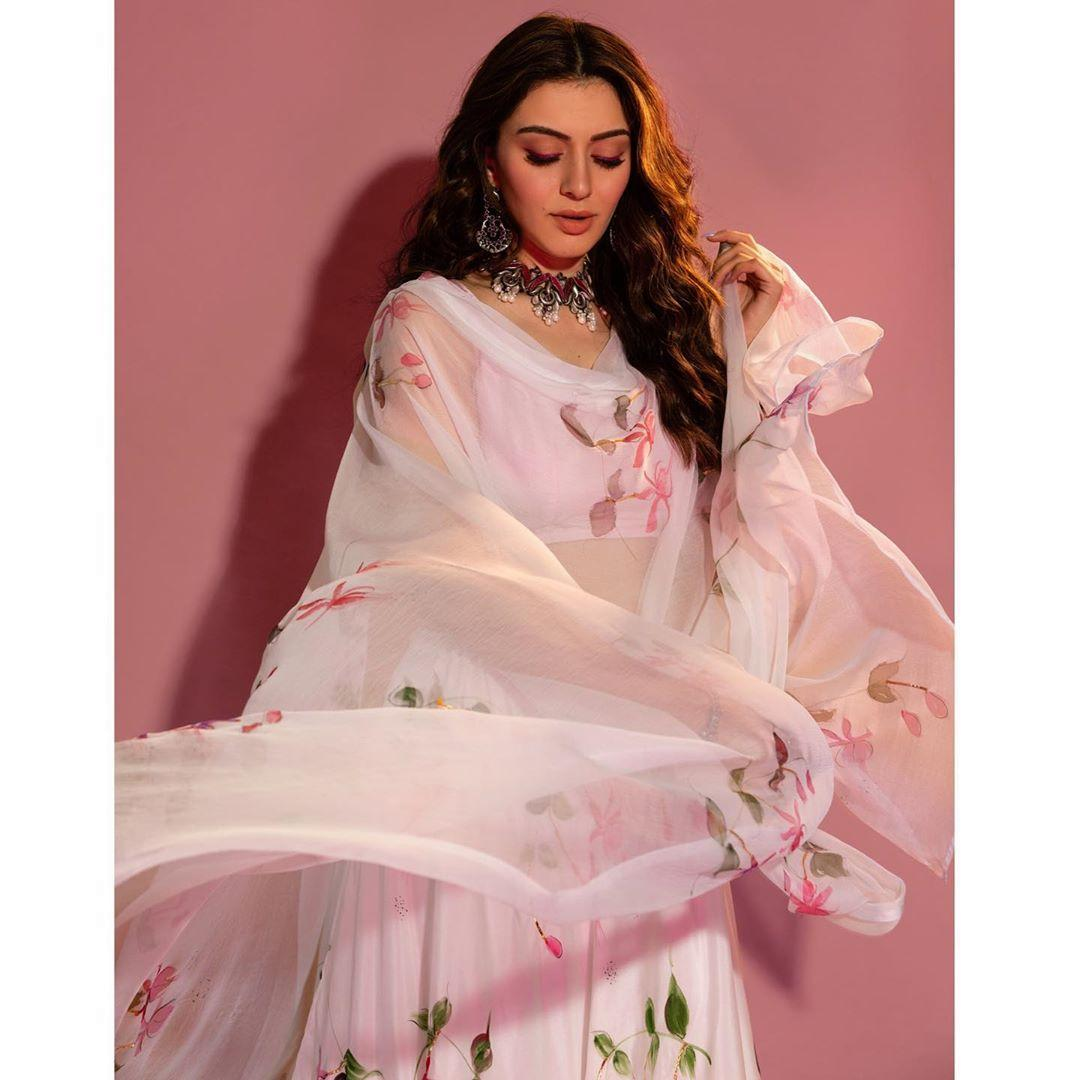 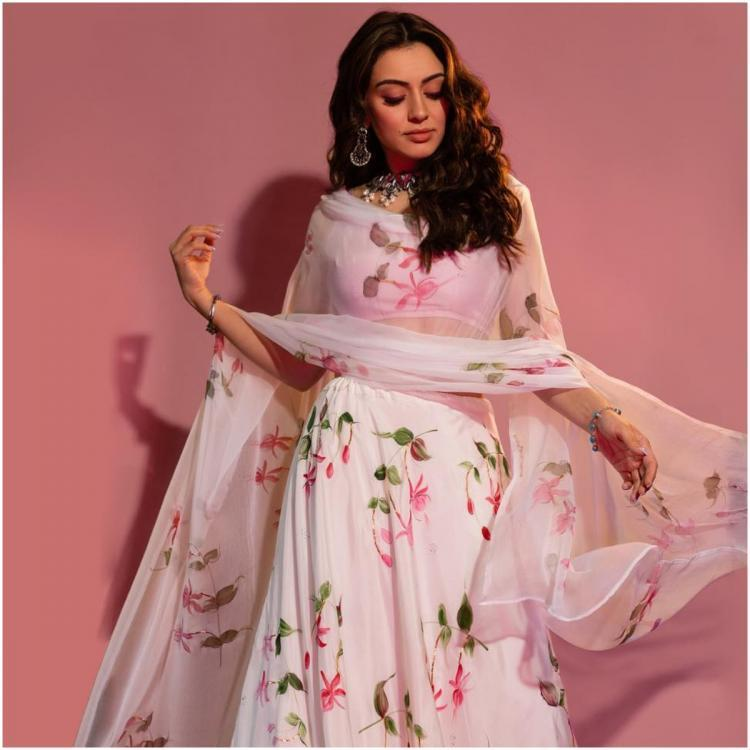 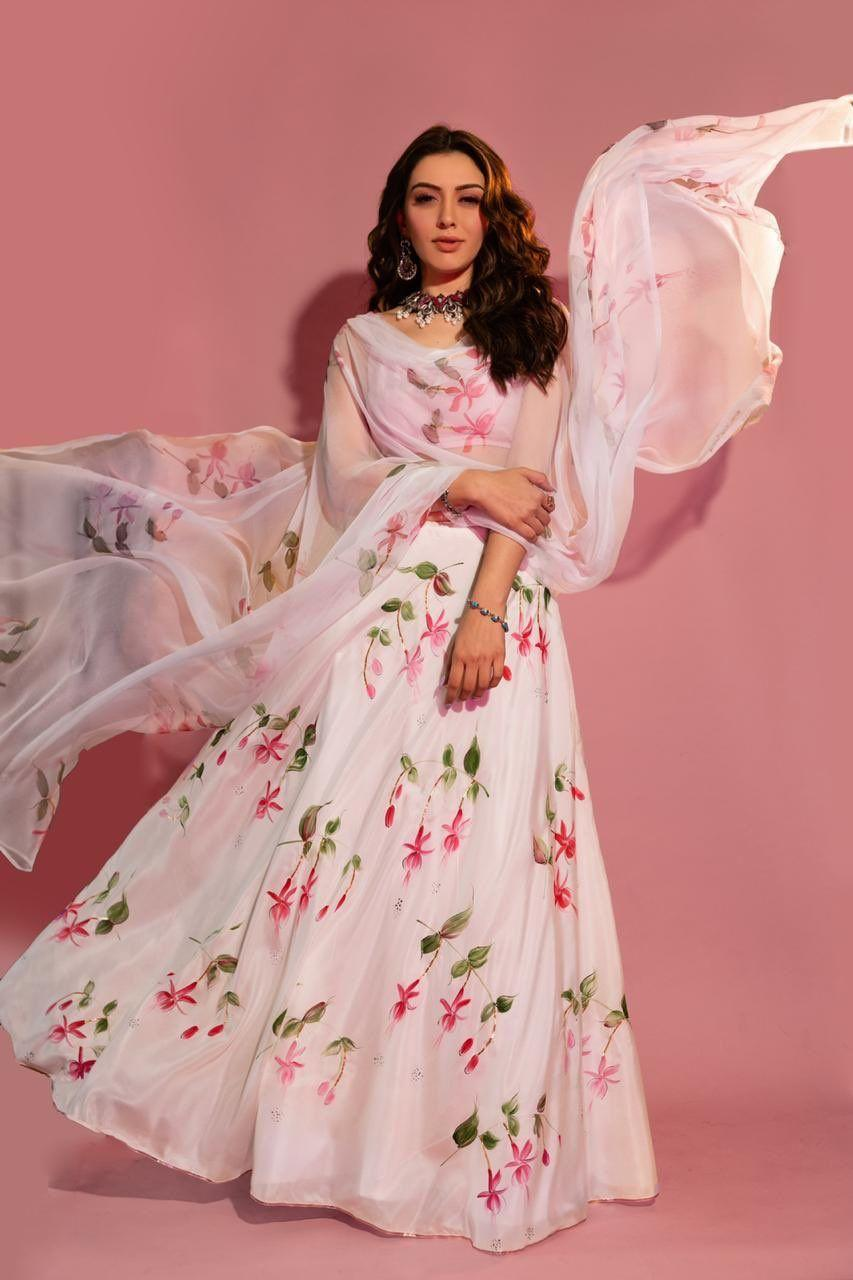 The prettiest actress completed her look with a maroon choker and red matching earrings. Hansika opted for soft blushed makeup and wavy silky curls for her hair. And undeniably she looked like a sparkling star in the sky.