The untimely demise of the famous Bollywood actor, Sushant Singh Rajput left all fans and friends in a sense of grief. The talented star was passionate about his work knowing that he wanted to do this forever. The news of his suicide on 14th June 2020, after his back to success, left everybody shocked and heartbroken.

To honor their favorite film star and role model, the fans of Sushant started to dig up their archives and his old pictures. We’ve seen a lot of throwback videos and photographs of the famous star but today, we got our hands on an old picture of Sushant Singh Rajput and Sara Ali Khan dancing, drinking, and cutting cake on the wrap party.

Both are in all smiles with a big gathering commemorating the ending of their successful film Kedarnath. In the video of the wrap party, the director of the film is clapping and cheering for the crew and the cast along with her wife Pragya Kapoor.

The party took place in New Delhi and the media caught sight of co-stars Sushant Singh Rajput and Sara Ali drinking and ecstatic about their movie. Sara stole the spotlight by wearing a stunning combination of the yellow satin top with blue ripped denim jeans. Their sizzling hot chemistry could be seen as they partied the night away. The director of Kedarnath, Abhishek Kapoor expressed his joy in an interview in 2018 saying, “…this image will stay with me for a long time to come.”

Sara Ali Khan and Sushant Singh had begun to share a strong bond of their trailer release of film Kedarnath. She recorded saying that Sushant has been a great guild to her on the film sets and helped her immensely. The stunning actress expressed her grief on Sushant’s death on Instagram; showing love by posting a smiling picture of both of them together. 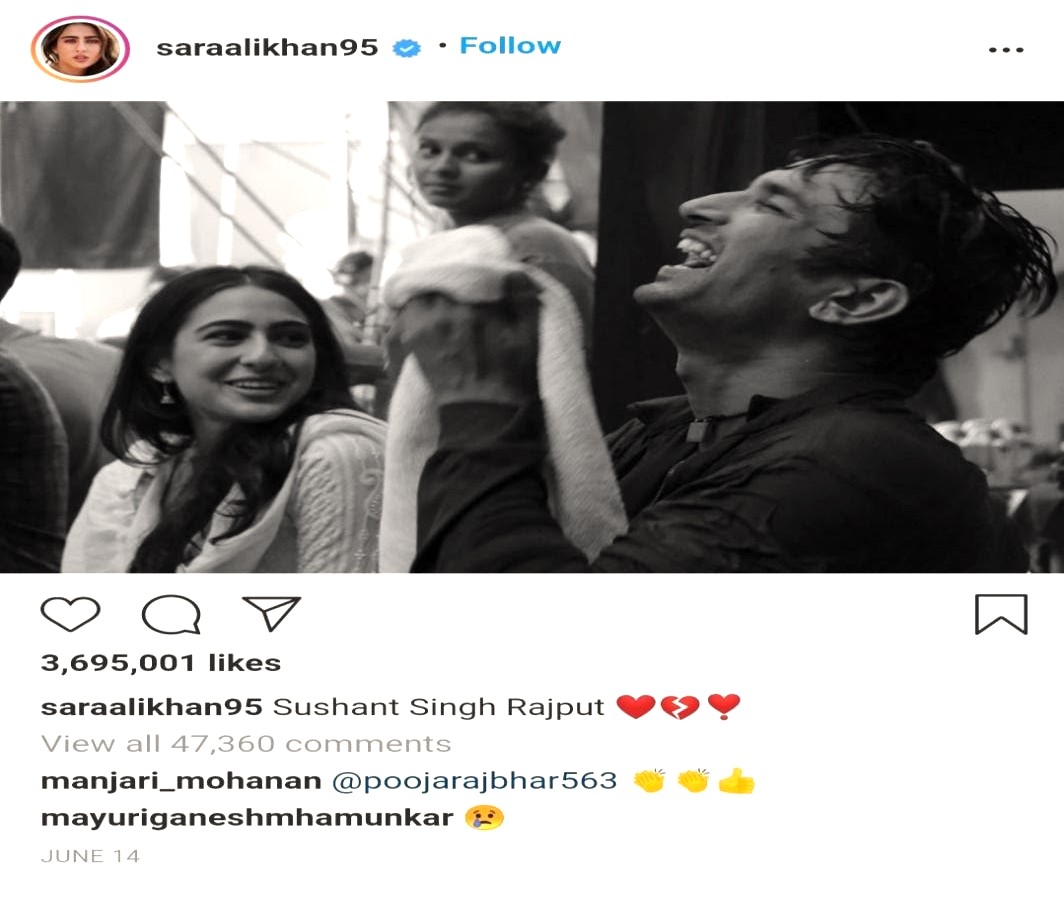 The Mumbai police have recorded nearly the statements of 29 people while investigating Sushant’s suicide case. Early on, the police also questioned Dil Bechara film director Mukesh Chhabra. And co-stars while Sara Ali Khan was also questioned regarding the suicide case. As we speak, Sushant Singh Rajput’s last film Dil Bechara will be released for free as a tribute to the late soul as planned on 24th July 2020.