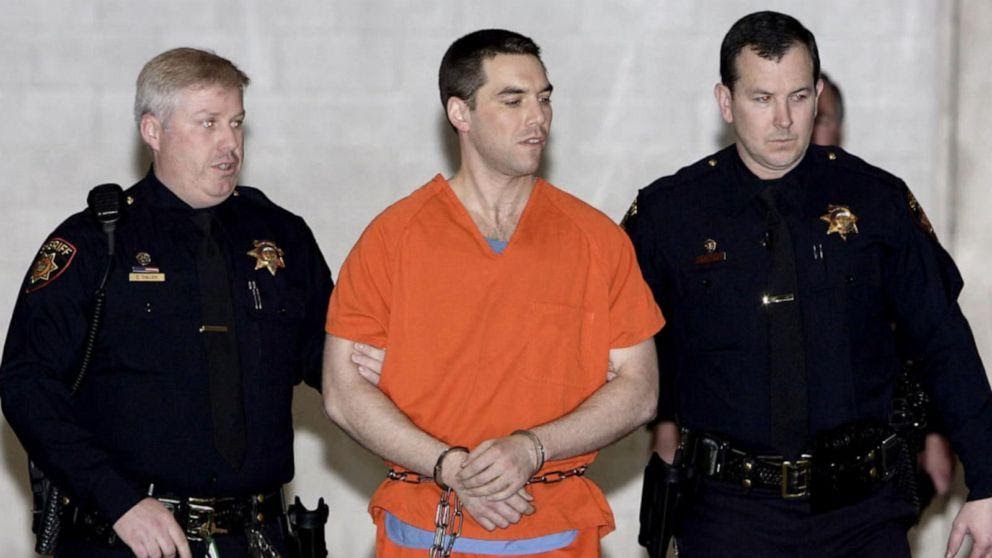 Scott Peterson’s death penalty has been overturned by the court!

The Supreme coat of California’s State invalidated the death penalty sentence for Scott Peterson who was found responsible for murdering his pregnant wife in a highly publicized case, relying upon judicial error.

The incident occurred in such a way, that Laci Peterson who was 27 at that time, got disappeared on Christmas Eve 2002. After that, in April 2003, the bodies of Laci Peterson and her unborn son were discovered in San Fransisco Bay.

Court endorsed the guilty judgment of the judiciary on Monday!

In a written decision on Monday, the Supreme Court of California endorsed the guilty judgment of Scott Peterson.

The worthy court of California stated that “Peterson contends his trial was flawed for multiple reasons, beginning with the unusual amount of pretrial publicity that surrounded the case. We reject Peterson’s claim that he has received an unfair trial as to guilt and thus affirm his convictions for murder”.

The reversal of the court’s decision is in accordance with the erroneous judiciary and trials!

But later on to several trials court realized “The trial court made a series of clear and significant errors in jury selection”.  The long-standing United States Supreme Court Precedent sabotaged Peterson’s right to an unbiased jury at the penalty phase.

The court reversed its decision on behalf of flaws in the court trials and the discovered errors. The court further stated that it was necessary to reverse the death sentence after determining the fact. It was obvious after that the trial court “erroneously dismissed” jurors who tended to oppose the death penalty, “Even though the Jurors gave no indication that their views can be in against to the law”.

Cliff Gardener thanked the court to convey a fair justice!

Cliff Gardener, who is Scott Peterson’s appellate attorney, stated in a written statement “we are grateful for California’s Supreme Court unanimous recognition that if the state wishes to put someone to death, it must proceed to trial only with a fairly selected judiciary”.

Gardner further continued to say in his statement, “While we are disappointed that such a partial jury selection process results in the reversal of a death sentence, we look forward to the court’s review of the new forensic and eyewitness evidence of innocence (Peterson)”.

The family of Peterson also showed their gratefulness to the court!

The family of Scott Peterson also thanked the Court and said in a statement that they were grateful to the court which recognized the injustice of the death penalty of Scott’s Peterson.

Scott’s family uttered, “For a long and difficult 18 years, we have believed unwaveringly in Scott’s innocence, so today’s decision is a big step towards justice”.

The Stanislaus County District Attorney’s office refused to comment on the decision. 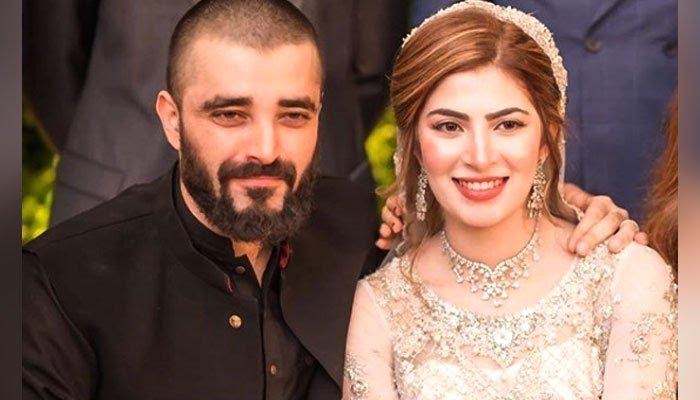 Last year, the famous Pakistani couple, Hamza Ali Abbasi and Naimal Khawar became the biggest highlight of Pakistan’s showbiz industry as they tied the knots in a private wedding ceremony in August 2019.

The wedding took place in one of Islamabad’s most popular hill resorts and much like other celebrities; the event was not the most extravagant affair. It turned out to be a simple yet immensely graceful event. The ceremony was attended by close friends and family.

Pakistan’s famous power couple, Hamza Ali Abbasi and Naimal Khawar were blessed with a baby boy. On Monday, the “Pyaray Afzal” star took to his Twitter profile to announce the big news and left many fans and followers delightfully surprised!

He wrote in his tweet: “Allah has blessed me and Naimal with a baby boy, Muhammad Mustafa Abbasi. I pray that he becomes a grateful servant of Allah, a good, humble, and honest human being, and may Allah bless him in this life and the next. Please pray for us.”

Naimal Khawar also shared a post on her Instagram profile revealing the exciting news with an endearing shot of the little bundle of joy clinging onto his mother’s finger.

Many celebrities and friends congratulated the young couple on their baby boy’s birth. Hamza’s former costar and friend, Ahmed Ali Butt also took his time to congratulate the couple by writing, “Congratulations to the new addition to your family. Allah blesses you and your family always. Welcome to parenthood.”

There was some speculation in February that Naimal might be pregnant but the news wasn’t confirmed. Following their marriage, both Naimal and Hamza announced that they are quitting the entertainment industry. He now uses his platform to express his issues on different issues and his spiritual journey while his wife keeps her fans updated by sharing new photographs. 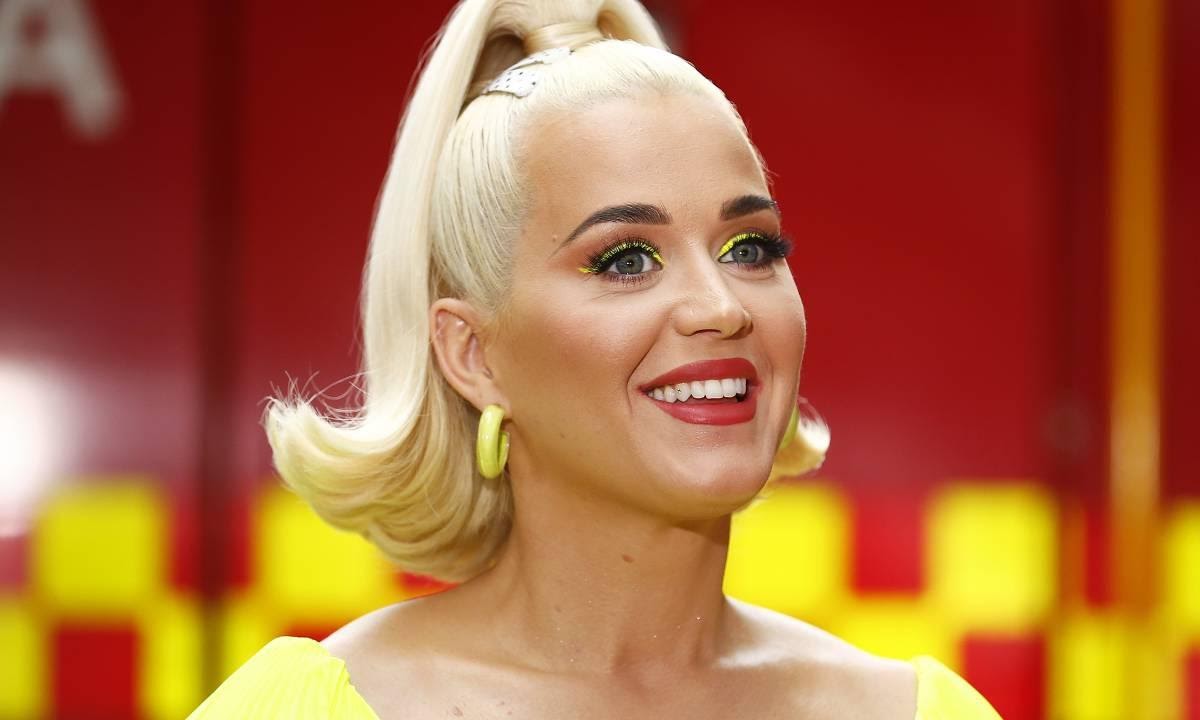 The famous singer and songwriter Katy Perry got candid during a recent interview with Sunday times talking about her battle with depression. Katy Perry has been through a lot in her career and personal life in the past years. During the raw interview, the singer revealed that she had reached a point where she feared she would not live to see the year 2018.

As we all know, the 35-year-old singer is expecting her first child with fiancé Orlando Bloom, 43. The pregnant singer dished about how she had to treat her depression with medications.

“It was if I had sprained my brain and needed crutches. I got really clinically depressed. I’d always been able to skirt the issue. I was on something my psychologist recommended and it changes the chemistry in your mind. Sometimes people need a pharmaceutical crutch.”

She further told the news outlet that, “You are never going to change someone as much as you want to change them. I had to make a choice {to change myself} after hitting rock bottom. I had no choice but to go on this emotional, spiritual, psychological journey and I probably wouldn’t live to see 2018…i tried medication and that was really intense.”

Depression through her Witness Tour:

It is important to talk about a serious issue like depression to remove the stigma around it and luckily some celebrities like Katy Perry have the guts to start talking about this monster.

During the interview with Sunday Times, she also added that she was very much in depression during her Witness Tour and it took a worse turn on her unstable mental health. She elaborated that the main reason behind it was the poor critical and commercial response of her fifth studio album.

“I’ve been through the journey, now I’m just enjoying the ride. I’m no longer a thirsty, desperate pop star that has to reach certain numbers in order to feel worthy. The overall definition of this record [her new album called Smile} is getting my smile back.” She was quoted by the news outlet.

She opens up about suicidal thoughts!

Katy Perry has been dealing with depression and its medications since she was 25. About 3 years ago, the “Roar” singer got candid talking about how she didn’t want to be the “Katy Perry” her fans and other people saw. She got really emotional during a marathon weekend live stream event as she opened up to Siri Singh from Vineland’s “The Therapist”

It requires courage to show your fragile side but Katy Perry revealed that now she is just focused on “delivering the healthy child” and is no longer on medication.

The soon to be married couple has postponed the wedding the second time due to the Covid-19 pandemic as Orlando Bloom said during an interview to The Times UK,

“I’m not joking when I say that coronavirus might have a play in whether we put things on ice, because we don’t anyone to feel uncomfortable.” 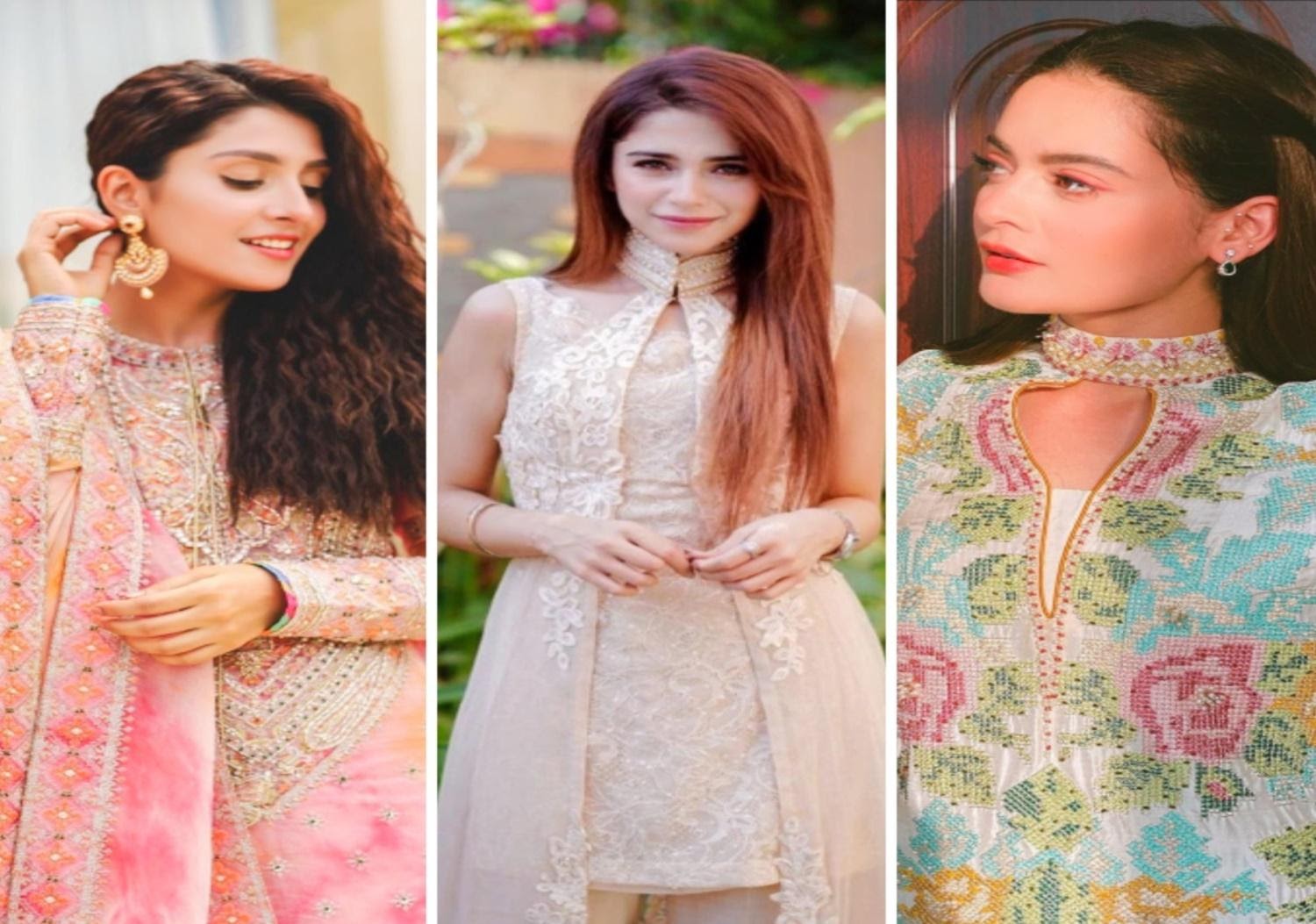 Eid is an occasion of joy and happiness. Every woman that celebrates this festive occasion knows how much it’s important to look their absolute best on Eid. Henna (Mehndi), bangles, and traditional clothes make the day even more special.

These Pakistani celebrities clearly know how to rock a traditional look. From wearing designers’ clothes to just casual everyday clothes, these fashion divas know how to absolutely slay every single look. They look super ethnic and elegant in these traditional Eid attires.

All women aspire to look glamorous and the absolute best on this special occasion. When we think about the celebrities that slay every look, the names of the following come first in mind. Millions of girls look up to these Lollywood stars for fashion inspirations and if you want to improve your styling game then check out these stunning Divas of Pakistan:

The Pakistani superstar, Maya Ali is a delight to the eyes in a customized designer outfit, seen here in a crushed sharara set featuring a delicate mirror on the neckline and on the borders of its diaphanous odhni.  Just look at the stunning Jhumka earrings!

In all these years of her career, the amazing Saba Qamar has managed to startle us with her ecstatic charisma and talent. From big screens to drama serials, she has been a big inspiration and a favorite for everyone. This Eid, Saba Qamar Zaman is a divine vision in the bespoke halter- neck kali daar paired with a luscious lehnga as she poses on the stairs.

On the beautiful occasion of Eid, the gorgeous actress and model Saboor Aly look absolutely ravishing in this refreshing shade of green. The actress brought her A-game as she slays the shirt and Tulip shalwar with green heels of a darker shade. How elegant!

The beautiful khan sisters, both Aiman and Minal have always managed to steal our hearts with their elegance outfits and exquisite work. This Eid, Minal stole our hearts with this ecstatic floral 3 piece. She wore a floral cross stitch number playing beautifully with shades of yellow, pink, blue, and green upon an ivory base.

While Aiman looked like an epitome of grace in this gorgeous outfit with hand embellished stones and organza dupatta.

This Eid, famous Pakistani singer Aima Baig styles herself in a gorgeous nude pink two layered ensemble with a fully encrusted band collar- adorned with sequenced embroidery. She paired it with tapered pants and a beautiful smile.

The actress Urwa Hocane looks like a dream in this ravishing white attire with open hair. The traditional dress with the white khusa shoes added to the stunning look.

The ever so talented Iqra Aziz is epitomizing sophistication and grace in this elegant gown this Eid. The blush pink majestic outfit boasts brilliant hand embellishments made it look so gorgeous. She worked the look with some stunning big silver-pink earrings.

Landon Clifford, star of YouTube’s ‘Cam&Fam’ died at age 19 after six days in a coma

Katy Perry and Orlando Bloom welcome baby daughter: See how she opted to go with UNICEF for the announcement!

Disney Plus: Every Knowledge you need for using Disney’s streaming service 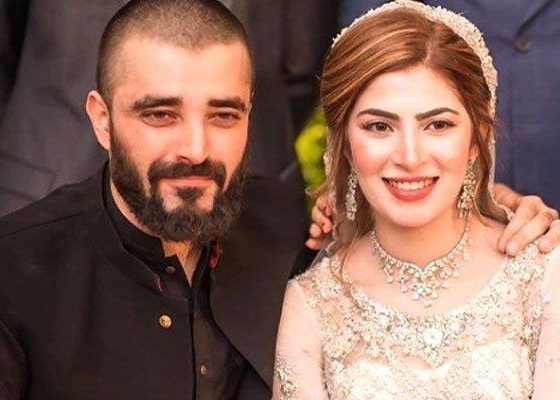 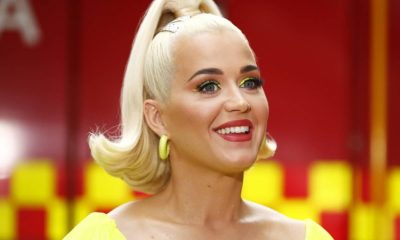 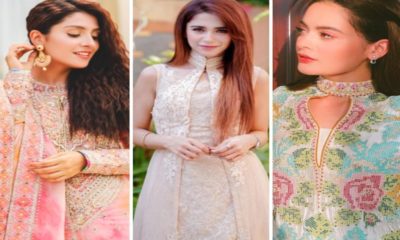 Johnny Depp Libel Case wraps up: His Lawyer claims that Amber Heard lied during the trial!

Women in Black: Check out our favorite Bollywood actresses slaying these black outfits!

These romantic throwback pictures of Sanaya Irani and Mohit Sehgal prove that they are COUPLE GOALS!