Famous actress, Rashmika Mandanna Shares a Throwback Picture on her...

The famous South Indian Actress, Rashmika Mandanna, has an impressive 7.4 Million followers on Instagram alone. She is one of the most talented and dedicated film stars and models in the South Indian industry overall. In such miniature spam of time, she has reached the milestone of being among the few actresses who have a film gross worth 1 billion Indian rupees.

The star posted a mirror selfie on her Instagram story recently in her vanity van as she misses her time on sets and tour buses with a caption saying, “I sooo miss being on sets and in caravans. So, here’s a little movie trivia for all of you, let the games begin!!” 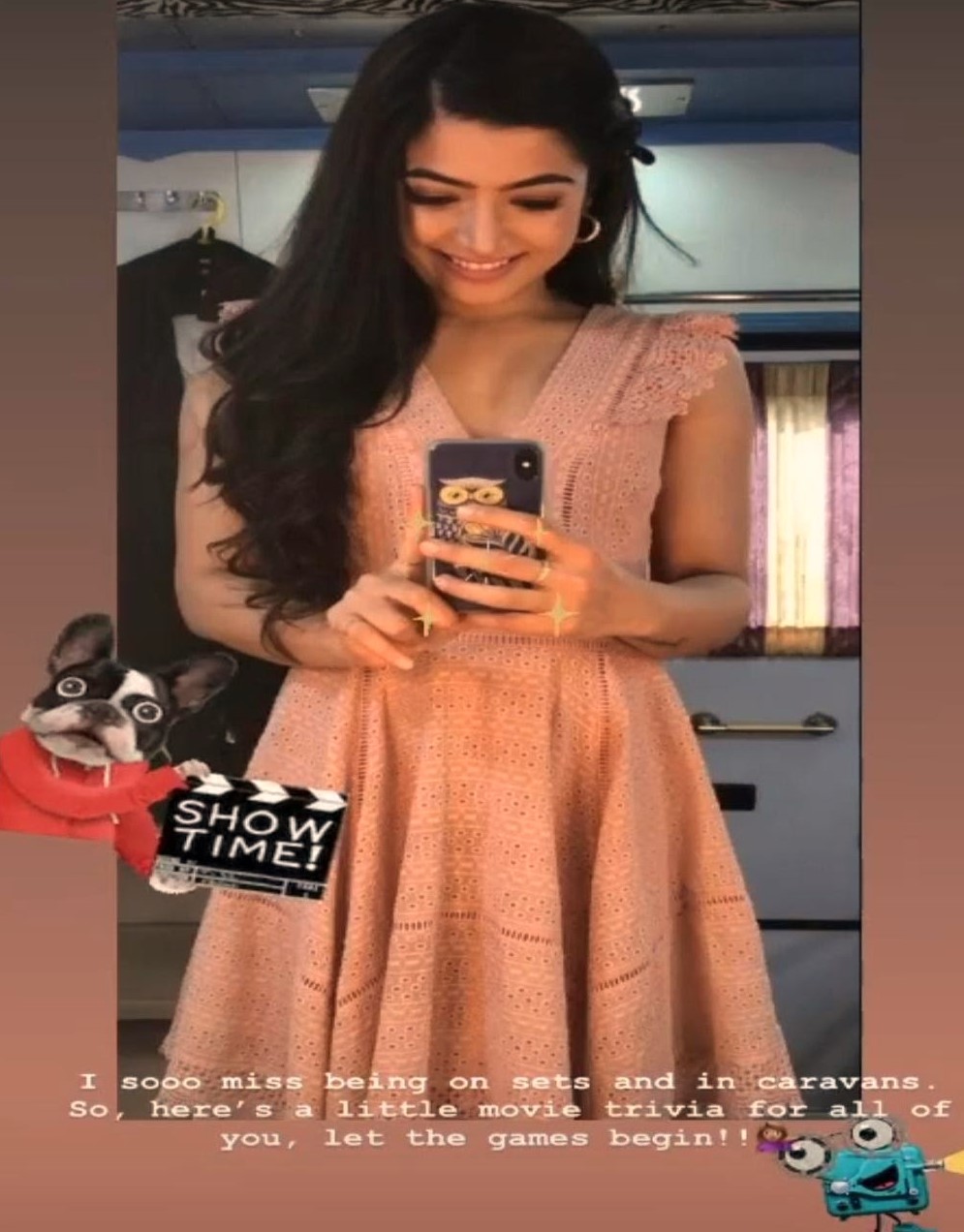 This image is followed by a set of other Instagram stories in which she asked her fans and friends various questions about her films and the characters she has played. The stunning actress has such a strong fan following on all social media platforms. The young beauty is seen active on her Instagram account in the middle of the Global pandemic lockdown. Her social media presence and Rashmika’s interactions with her fans and entourage seem to be quite impressive.

Amid the Covid-19 lockdown, Rashmika Mandanna has been sharing a lot of magnificent photographs and advertisements. With her being one of the most popular models in the Indian industry, the young star has also been posting some brand launches and shoots with breathtaking scenery and poses of her own, some with heartfelt captions along.

The 24-year-old stunning star has been sharing pictures about her daily life routine whilst spending time at her home with her family. Recently, she posted a photograph of herself and her dad in a garden with a long touching yet beautiful writing in the caption saying, “ …you will always be the biggest pillar in your papa bears’ life..”

The superstar is also popularly dubbed as the “Karnataka Crush” and is set to be seen soon in an upcoming film directed By Sukumar in Allu Arjun starrer Pushpa.  She was also reported to have just completed the shooting for a Tamil movie with Karthi. Rashmika’s back to back success in spectacular films and modeling campaigns has made her the most popular star of the South Indian Industry today.