President of Brazil, Mr. Bolsonaro Came Out With A Positive...

After a long period of neglecting the seriousness of the prevailing pandemic and not taking account of the precautionary measures, Mr. Bolsonaro started to feel the signs of Covid-19. About 65000+ of Brazilians have died of Coronavirus.

The president of Brazil, Bolsonaro had not taken this pandemic of Covid-19 as a grave threat. Moreover, he railed against the social distancing measures and frequently trivialized the danger of coronavirus. As a result, the epidemic became second-worst in the world. On Tuesday, he said, he had been infected too.

The local and international critics had called Mr.Bolsonaro’s strategies for handling the coronavirus as offhanded and impetuous permitting the virus to serge across Brazil. At one point he denied it as “a measly cold” and when in late April he was asked about the rising death ratio, he answered,” So what? Sorry, still what do you want me to do? 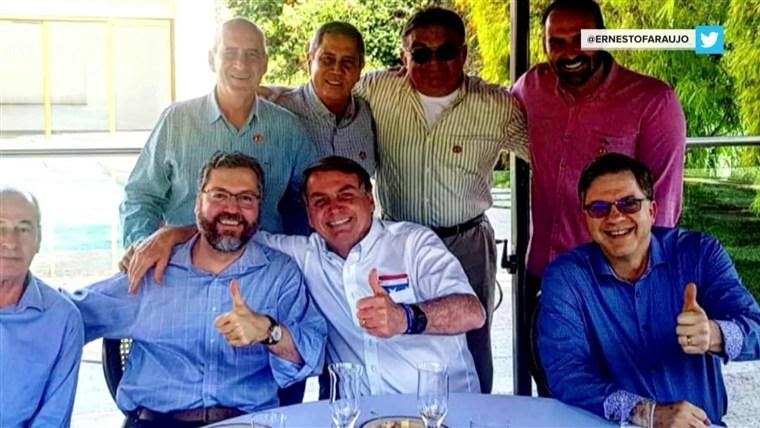 Mr. Bolsonaro started to have the illness after two days having a hearty lunch with few of his Ministers who attended him on 4th July luncheon at the residence of Todd Chapman, the ambassador of America in Brazil. All the attendees of luncheon sat shoulder-to-shoulder with no social distancing. Moreover, they were also not wearing masks. The embassy had reported that the ambassador and his wife have been tested negative for Coronavirus but would still be quarantined.

(Outside the presidential Palace) -Once reporting to a journalist on Tuesday afternoon, Mr. Bolsonaro said that he had screened for a test on Monday after having fatigue, muscle pain, and fever.

Moreover, he stated that he was feeling “very well” after taking in the hydroxychloroquine, an anti-malarial drug. But this drug has not been succeeded in warding off the virus.

Mr. Bolsonaro didn’t show any repentance on his statement of mishandling the precautionary measures for Covid-19. Moreover, he persisted in his submission that the virus poses little risk to healthy people.

Mr. Bolsonaro uttered, “I am the president, I have to be on front lines of the fight, further he stated comparing the virus to, “Rain, which is going to get to you”. 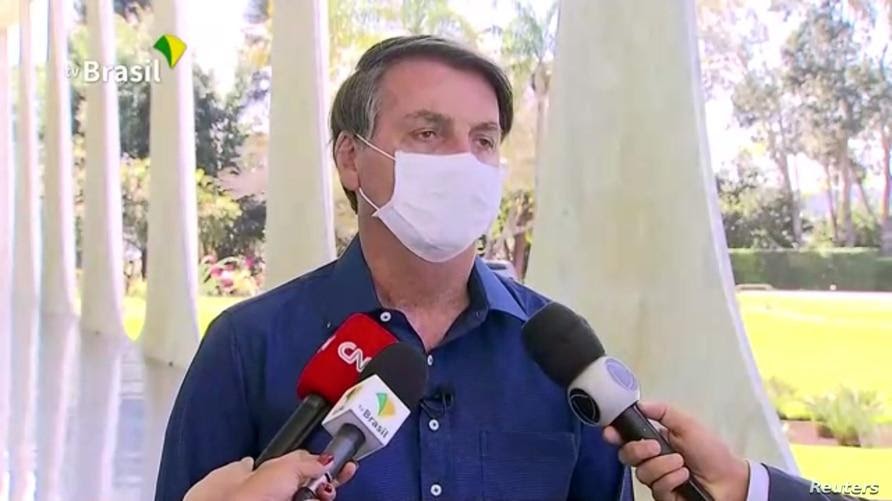 Questions Of The Journalist

Answering the questions of the journalist, he put off his mask and said with the smiling face that, “Thank you to all those who prayed for me and rooted for me”. Those who had been spilling predicaments on me can carry on and criticize me.

A congressman from RIO DE JANEIRO -Sostenes Cavalcante said, “I am praying for his recovery”. He stated further, “Congratulations to Mr. Bolsonaro, the president for being transparent with the Brazilian People. We are all at the risk of contracting the virus and our perception about SOCIAL DISTANCING will not change at all”.

The leftist Politician, Fernando Haddad, who was defeated by Mr. Bolsonaro in the 2018 presidential race criticized strategies for the crisis of diseases spread in Brazil.

Moreover, He said, “I rue that people above 1.6 million have been infected with Covid-19 and the reality that we’ve had the world’s worst reaction”. “I hope they all recover including Mr.Bolsonaro, the president. My sincere condolences to relatives of those who have left us due to the government’s neglect”

President reported on Tuesday that he is still of the view that Brazilians needed to continue work instead of his illness. Further, the president said, A gigantic threat more than virus was a failure to get the workers back on the job in an economy that is expected to contract by 10% this year.

He said to sum up, “There is no need to panic, Life Goes on”