Nia Sharma Looks Like A Vision In Her Stunning Mirror...

Nia Shama rose to fame swiftly in recent years and we can’t doubt that she is a hot favorite on social media too. Whenever she posts a new photo on Instagram, it takes no time to get everywhere. From a mere selfie to vacation snaps, family pictures to party clicks, she never fails to amaze us with her distinct fashion and style.

Nia Sharma is a prominent name in the Indian television industry; she started her career in 2010, since then she never looked back. She also works in a Web series and recently seen on screen in Naagin 4. The show recently wrapped up and her fans are anxiously waiting for Nia to return on the television screen again. She knocked off the news that she will not be considered for season 5 because of her high fees. Nia Sharma said this was not the case and, I do admit that considering the Coronavirus pandemic; I may have to cut down the price.

Nia said in an interview that she is single and currently more focused on her career.

Today, we’ll take a round of Nia’s selfies; she is known as a pro for clicking selfies. Especially if we talk about mirror selfies, they are such a treat for the eyes. Whether they are bedroom selfies in the set mirror or somewhere else on a vacation; taking a picture in front of the mirror is the most favorite spot of hers. So, over here we bring to you the collection of Nia’s some stunning mirror selfies. Check these out, and you will obviously be stunned by her ravishing beauty.

NIA AND HER SELFIE OBSESSION 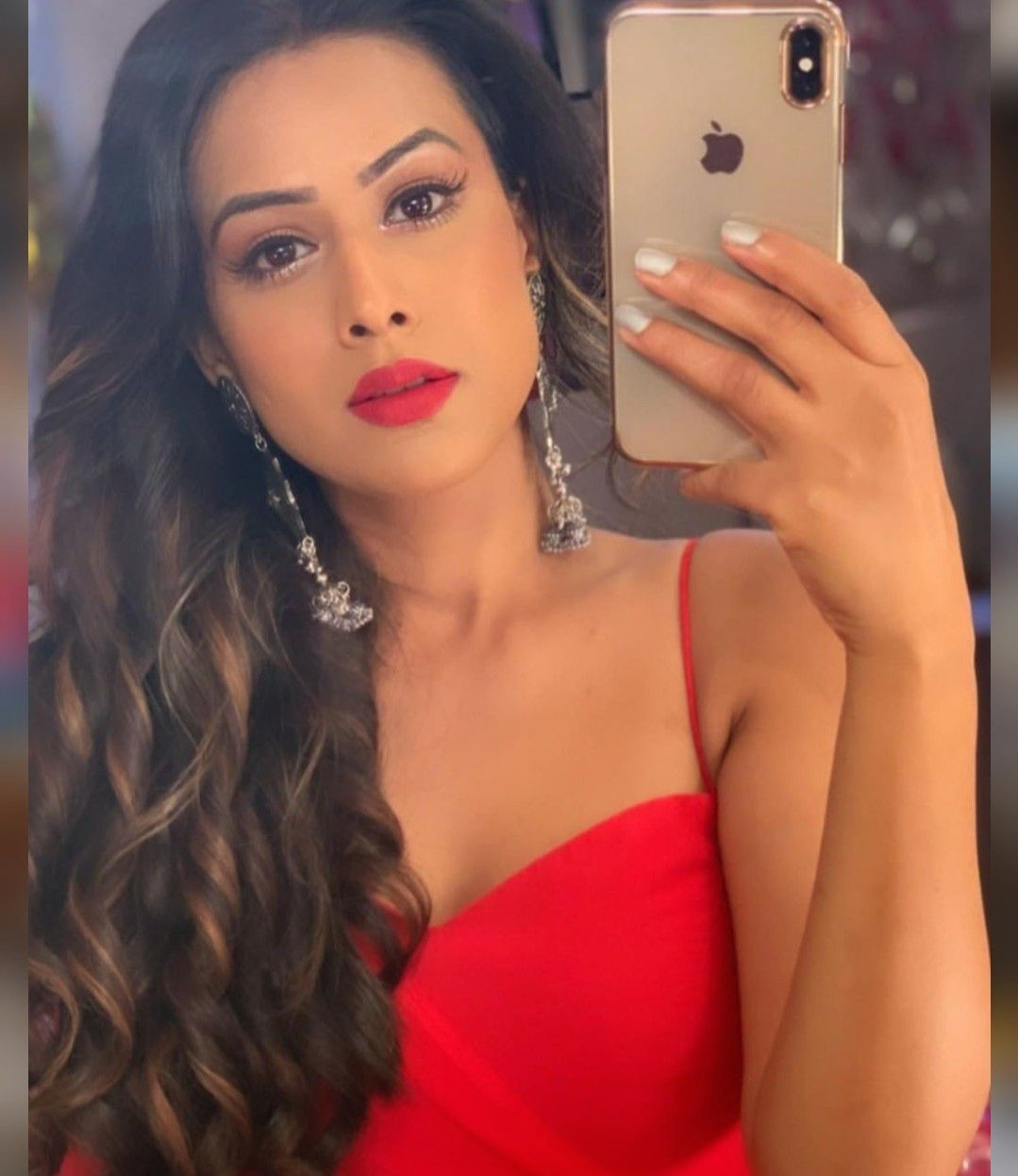 Nia wore a black outfit, with a messy bun and floating hair around; and how can we miss her trendy sunglasses completing her chic look with even more style.

She is undeniably a pro at clicking mirror selfies. 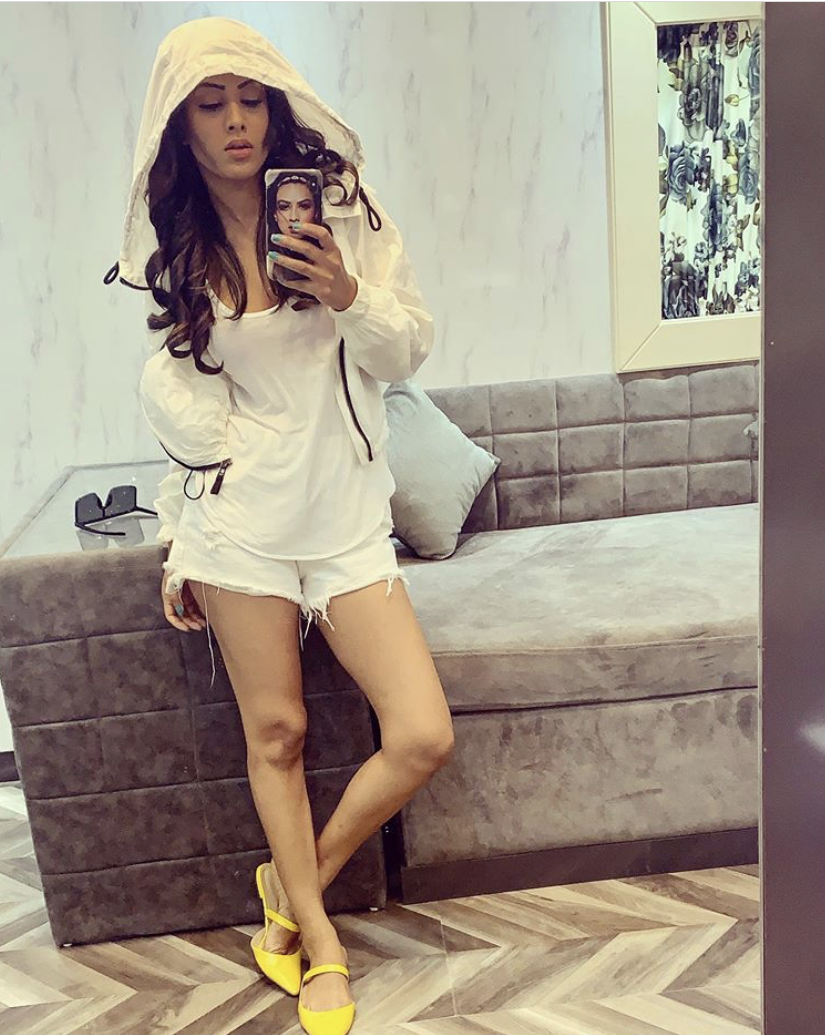 Slaying in white. Isn’t she?

Talking about the end of Naagin 4 in an interview. She said the production house was professional and informed her of the decision about ending the show on time. Nia was also vocal about the pandemic situation; that it has a severe impact on the television industry. 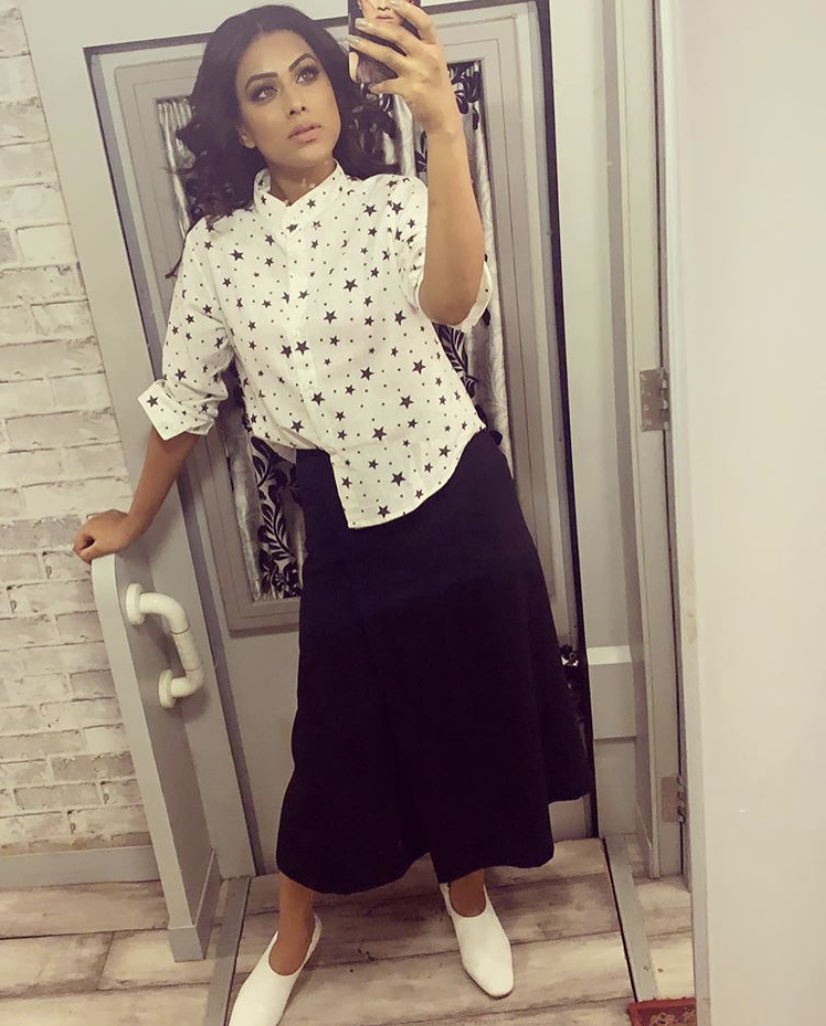 Nia is looking not less than a fashionista in this picture. She donned a black skirt with a white shirt on top along with white shoes; what a perfect combo is this.

Ekta Kapoor took to social media to announce the end of Naagin 4; she wrote,

“Will you be my nagintine??? The Update on Naagin 4/5. As for @iamreshamidesai, this will be treated as a special appearance; she was fabulous in the two episodes. She also mentions other cast members including Nia Sharma in her tweet.

In another video, she said that Naagin 4 will have the best ending and they will be heading towards Naagin 5 instantly. Ekta also thanked Nia Sharma, Anita Hassandani, and other cast members and said that she disappointed them because the season could have been much better. 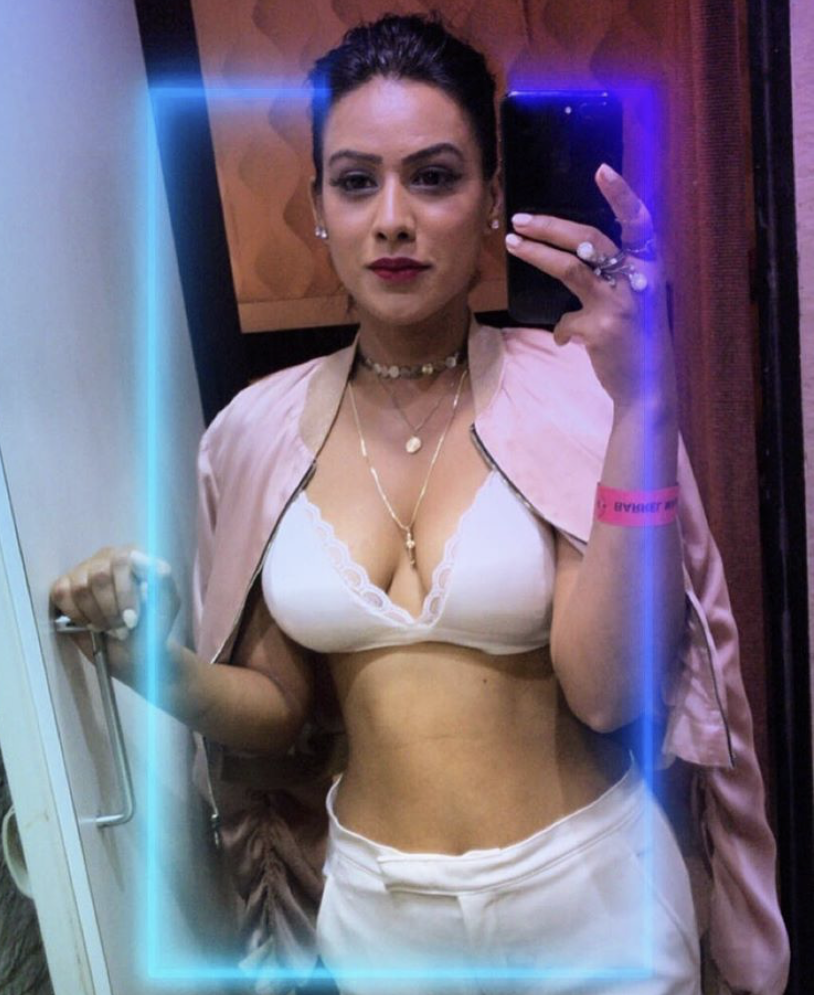 Nia is soaring the temperature high by this picture of hers. Completing the look in white along with the jacket on her shoulders; she is looking nothing short than ravishing. 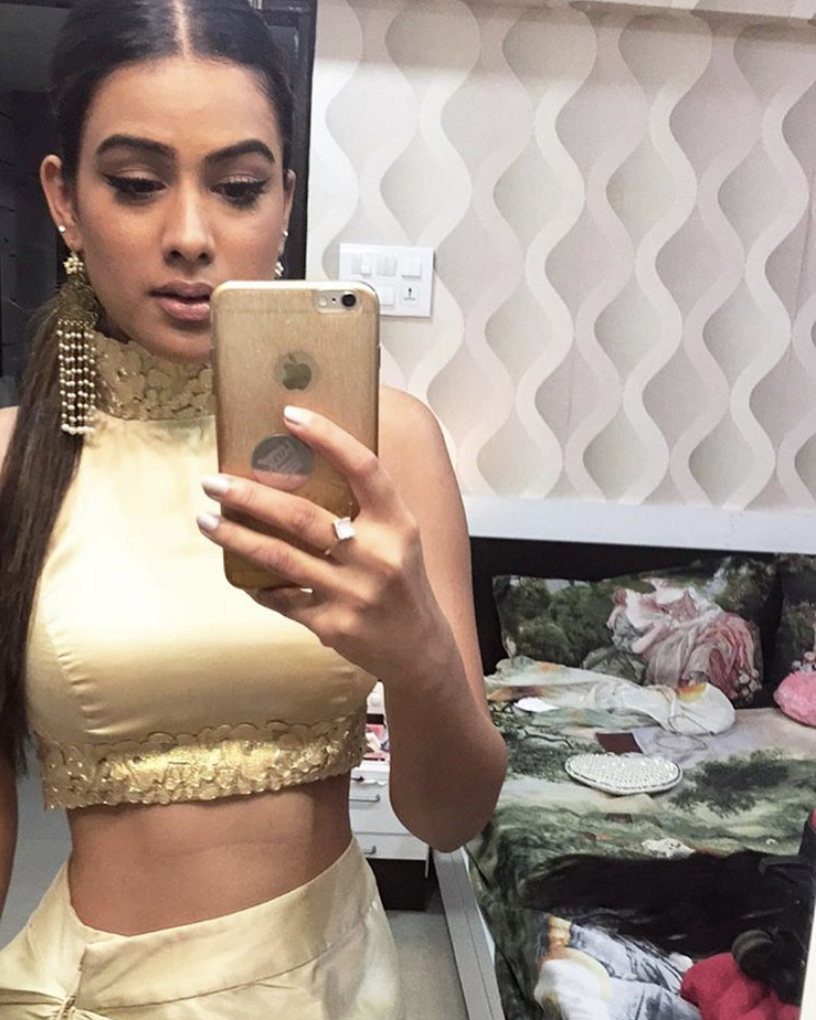 She is looking undeniably stunning in this golden outfit with the matching earrings; stealing the hearts of her fans. We all know that Nia Sharma is a fitness enthusiast and when the lockdown was lifted for some time; she got hold of her bicycle and went for a ride straight away.

While the Jamai Raja actress takes the limelight after she shared some videos and pictures of cycling. She was also criticized by fans for not wearing a face mask during the COVID 19 pandemic.

The actress responded to the criticism that she is taking precautions in the pandemic for safety and that she doesn’t have to click a picture every time in a face mask. She said;

“I don’t understand why people pointed out and criticized me that I wasn’t wearing a mask on a bicycle ride. Do I have to click a picture or a video only if I am wearing a mask; I was not aware that there is a certain rule about capturing a picture only if you are wearing a mask. If I can shoot with 40 people around me and with no mask in front of a camera; then I can also remove the mask on a late evening bicycle ride just to get a fresh breeze. If you see the video clearly, there was no one around me that I had to wear a mask and I am well aware of the safety precautions.” 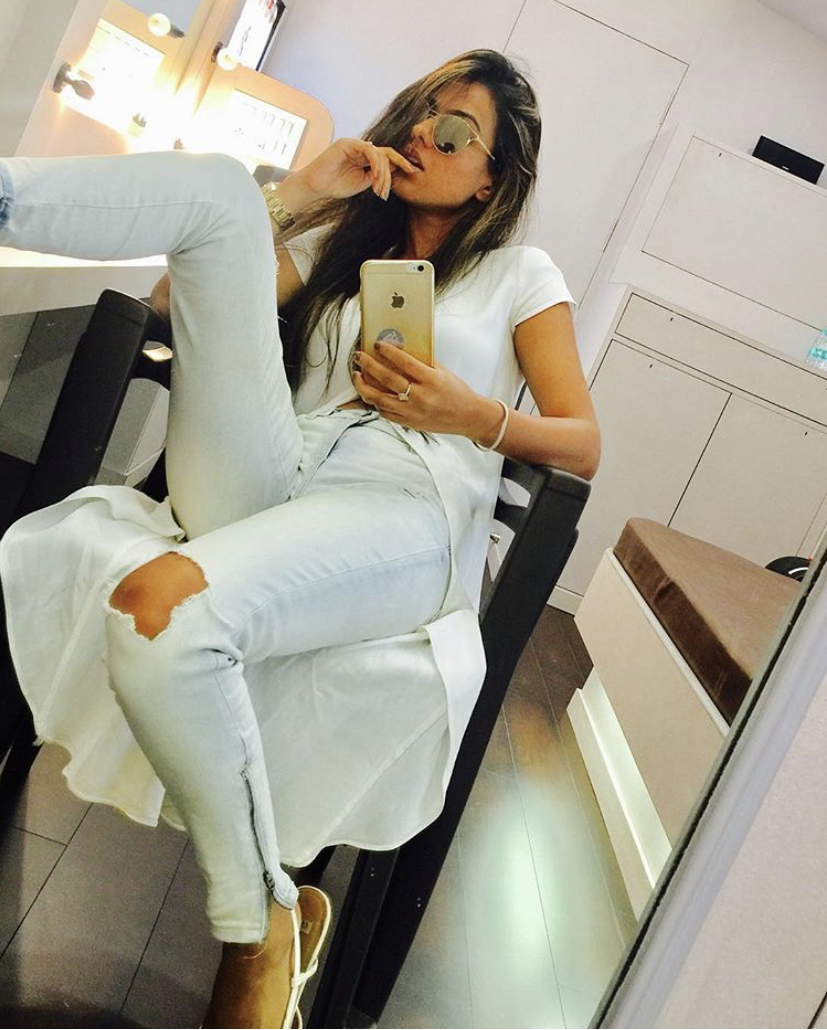 In this mirror selfie; it is apparent that Nia knows how to pull off a look so effortlessly.

Who knows the art of clicking a perfect mirror selfie other than Nia Sharma? 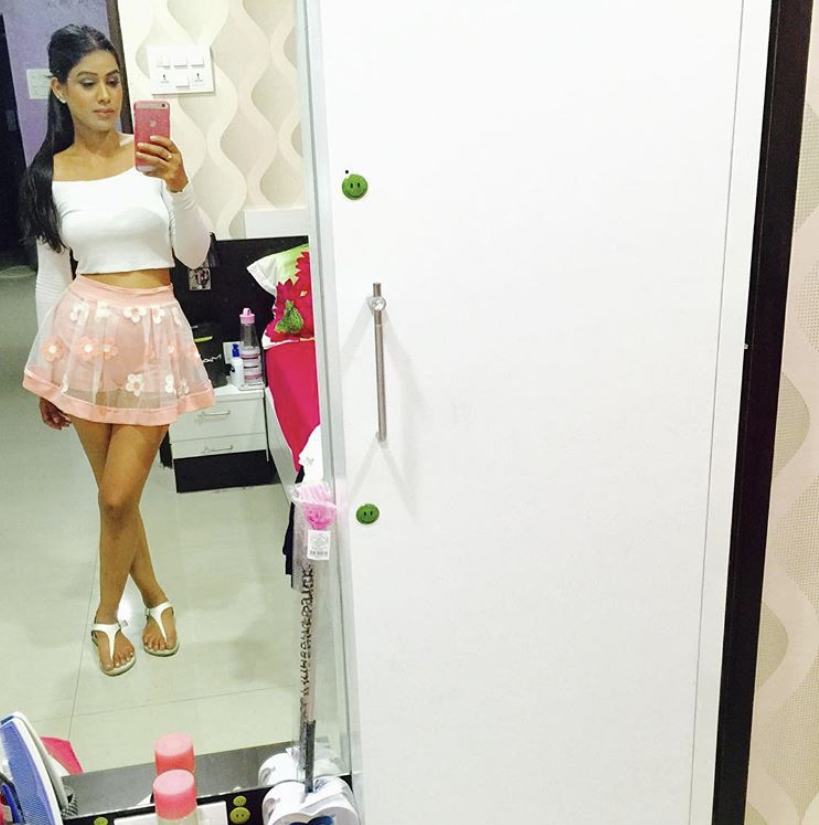 Nia looks like a fairy straight out of a wonderland in this amazing mirror selfie. What an absolute stunner! 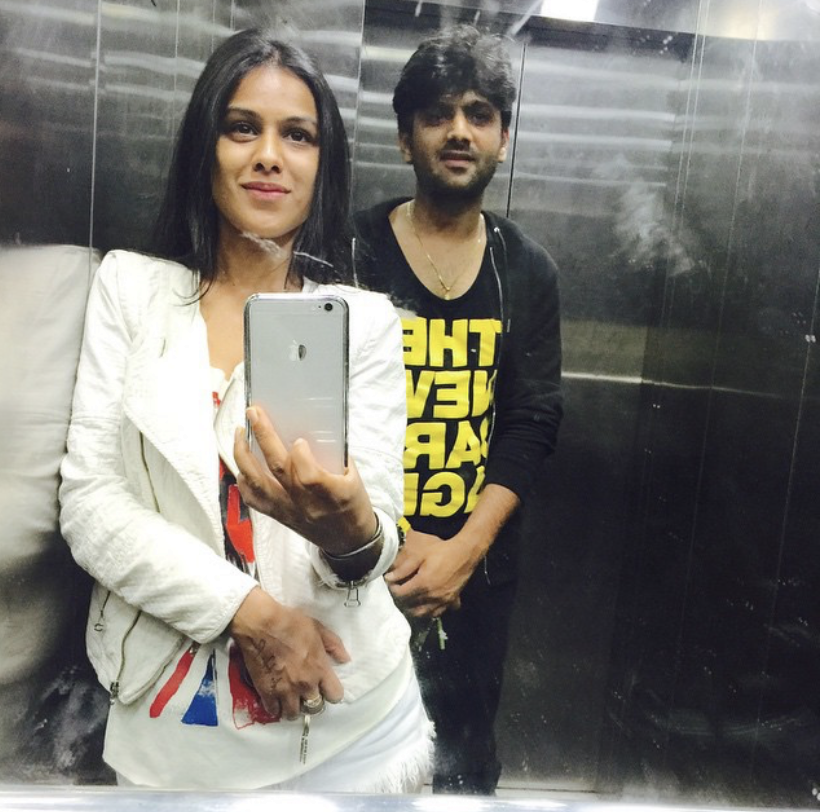 With minimal makeup and a casual outfit in this selfie; she still manages to grasp everyone’s attention.

A PICTURE PERFECT IN PINK 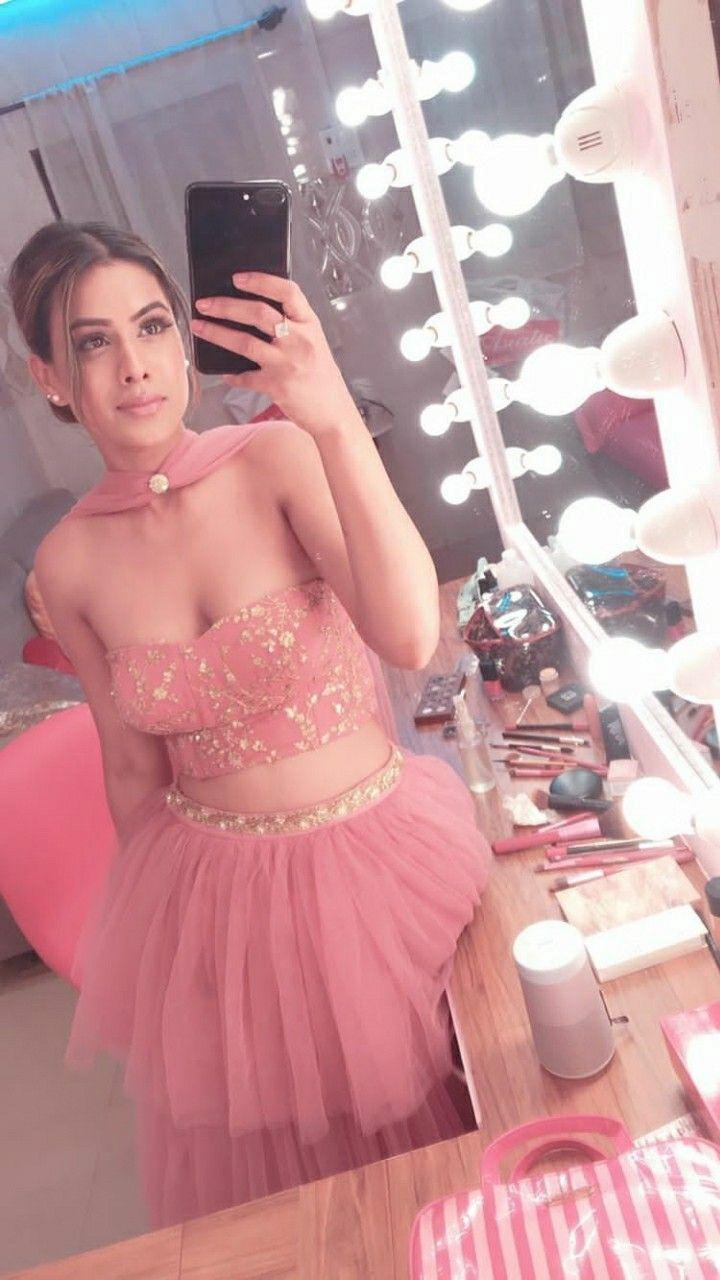 Nia Sharma looks nothing less than a Barbie doll in this picture while wearing a pink outfit with a sleek hairstyle and soft makeup. She is slaying the look, and we can’t doubt that either.

If you want to become a pro at clicking flawless mirror selfies; we strongly recommend you take a round of Nia’s Instagram account. You will not regret it for sure.