American well-known actress and model Kelly Preston (October 13, 1962- July 12, 2020), who starred in a bunch of tremendous movies and television shows Mischief (1985), Twins (1988), and Jerry Maguire (1996). These were some of her biggest hits but other than these movies she made an appearance in over 60 TV shows and films.

Kelly started her career as a model at the age of 16. She was given a break by a fashion photographer who gave her work that included different commercials and her first film, The Blue Lagoon (1980). This is when the actress changed her name to ‘Preston’.

The actress was married to famous actor John Travolta, with whom she starred in two films. First one was a science fiction based film, Battlefield Earth (2000), and the other one was a biographical film, Gotti (2018).

The two stars were married for the last 28 years and had three children together. They got married in Paris in 1991. Kelly was diagnosed with breast cancer two years back and had been fighting bravely to beat it since then. But sadly after a long struggle of two long and painful years, she lost her battle with breast cancer. 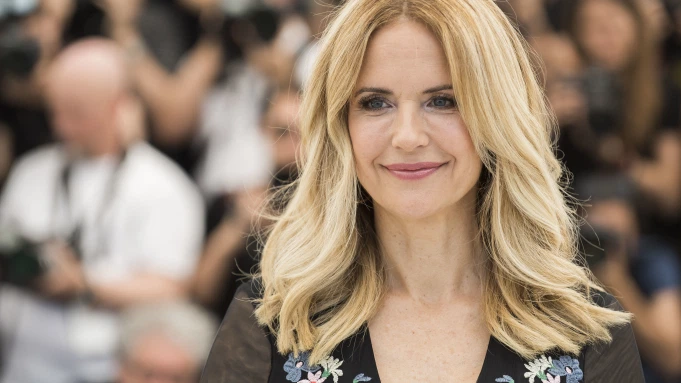 Travolta was in a lot of grief as he lost his partner in everything for 28 years. He fought this battle with her for two years with the hope that she will eventually recover. But she couldn’t make it to the end to spend the rest of her life by his side and died.

He said, “It is with a very heavy heart that I inform you that my beautiful wife Kelly has lost her two-year battle with breast cancer,” he further wrote, “she fought her battle with cancer very bravely and with a lot of courage. She always had the support of her family, fans, and friends who kept her going. And made her happy along this painful journey”

A number of celebrities tweeted to pay their respects to the late actress and two show their grief on her unfortunate death:

Famous journalist Maria Shriver tweeted on Kelly’s death in which she wrote that ‘she’s completely shocked, devastated, and heartbroken by this sad news and is still in disbelief. She said that Kelly was a gem of a person, a great person, a mother, and a wife. And that her heart goes out to her family who is going through this pain’.

Kelly had a very bright film career. She starred in ‘For the Love of the Game’, by Kevin Costner in 1999 and in ‘What a Girl Wants’ in 2003. Recently, she also made an appearance in Maroon 5’s video, ‘She will be moved’.

Actor Russel Crowe tweeted, ‘he met kelly in 1995 to audition for a film. He further added that he hasn’t come across Kelly too much but whenever they met; she brought this happy vibe in the room’.

Many other public figures as well as Kelly’s fans also paid their respects to the family.