JOHN LEWIS: A CIVIL RIGHTS REPRESENTATIVE AND LONGTIME LAWMAKER WERE...

An American politician, who was also a leader of civil rights, John Robert Lewis (February 21, 1940- July 17, 2020) provided his services at the United States House of Representatives from 1987 to the day of his death. He also served as a chairman for 3 years from 1963 to 1966, of the Student Nonviolent Coordinating Committee.

Lewis had done much great work as a civil-rights leader and was the only one left of the ‘Big-six’ leaders who arranged the March on Washington. He also took steps to improve racial discrimination, which is still to this date a very big problem in the United States.

He was a part of very big events, one of which was the protest for African-Americans to have complete rights to vote. This was one of the biggest protests and was led by Lewis himself. He along with some civilians got attacked by the Alabama police in order to stop them from protesting.

John was born in Troy, Alabama. He was a bright boy from a very young age and wanted to bring some change in the community. As he turned six, Lewis started noticing a lot of racism around him. He worked hard to make up his mark in the community so that he has enough power to change things and demolish problems like racism and segregation.

The civil rights activist, John Lewis, who was a very courageous and tenacious leader and served the community for a very long time, died at the age of 80 on July 17, 2020.

Reportedly, he had been suffering from pancreatic cancer for a long time now and lost his six-month battle with pancreatic cancer and died in Atlanta, Georgia at the age of 80. He was given a tribute by the government and the public, later on.

A FINAL TRIBUTE TO JOHN LEWIS:

John Lewis was given tribute one last time on Tuesday by the government and the public was also given some time to pay respects and say their final goodbyes to the civil-rights leader before he was buried in Georgia.

According to the news, Lewis will be brought to Georgia’s Capitol hall, for services and will be taken to Atlanta on Thursday for his funeral.

After the services at Georgia’s Capitol hall, his coffin will be taken to the East Front Portico, from around 8 a.m. to 10 p.m. for public viewing, so the people can pay respects to him one last time.

RETA COSBY- THE FIRST PERSON TO PAY THEIR RESPECTS TO JOHN LEWIS: 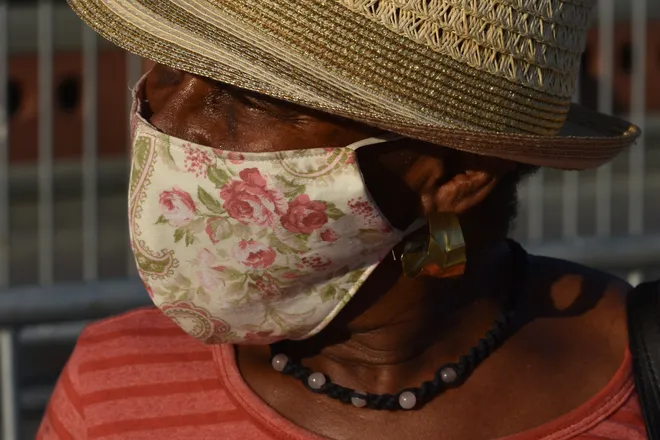 A civilian, Reta Cosby, who is a 68-year old woman, came all the way from Upper Marlboro, Maryland to pay her respects to the late leader, Lewis. She was the first one in the line of the people who had been waiting there for long to pay their respects.

Reta told the news reporter that she was very fond of John Lewis, who was one of the prominent figures to have taken a step against racism, so his death made her very sad and she was sure that she would do anything to say last goodbyes to her beloved leader. She left early in the morning in super hot weather and got a chance to see Lewis’ coffin at around 6.30 pm in the evening.

She further said that only a few people get a chance to meet these amazing personalities who had been working for such great causes and she made her way to East Front Portico, just to get that chance.

Due to the current situation of the Coronavirus, safety measures were taken and the people were only allowed to go to the bottom steps to say their final goodbyes. As Lewis was well-loved by the public, a large number of people came to see him for one last time. People of all ages and races came to pay their respects.

Terrance Jones, 37, said that he met the great John Lewis some time ago in Atlanta, and meeting him was the best experience of his life. He further said that ‘Lewis’ personality was so charming and his views about everything were super innovative’.

Many other public figures like Joyce Robinson-Paul, Anise Jenkins, and Emma P. Ward also paid their respects to Lewis and acknowledged him for the amazing work he had done.

Paul stated that ‘Lewis had gone too early and if he had more time, he could’ve done so much more for us. Robinson also stated that Lewis was so influential that he could have gotten us a statehood’.

BLACK LAWMAKERS ARE CALLING ON CONGRESS TO HONOUR LEWIS’ LEGACY:

The black lawmakers are doing their utmost to continue Lewis’ work that he has left in between. They called on Congress to honor Lewis’ legacy which would help them to keep his ‘Voting Rights Act, 1965’ alive.

The former chairman of Congressional Black Caucus, Cedric Richmond said that, in order to talk about this issue, we should rule out a two-party system. He further said this should be set up to negotiate to honor Lewis’ legacy, seriously.

The rights of minorities to vote were given under the rule of Lewis. The Act is now to be named after Lewis and the officials will add more ways to stop the violation of minorities’ rights to vote.

The head of the subcommittee of elections, Marcia Fudge called out Lewis’ supporters saying that they need to shut up and back off and abide by the rules they are going to set for the people. She also said that she cannot support and nurture the idea that was given by a person like John Lewis.

Macia is currently holding a meeting to talk about the rights of the people to vote and what territories of the U.S. should have voting rights.

The democrats of the U.S. have made the right to vote a major priority, and are working actively to expand the voting rights all over the U.S.