Gal Gadot – A Wonder Woman of Israel; Gossips about...

Gal Gadot was born on 30th April 1985, in the city, Petah Tikva (Israel). She is a glamour of Israel with her achievements as an actress, model, and producer. At the age of 18, she won the title of Miss Israel in 2004. After being crowned with Miss Israel title, she served in the Israel Defense Forces as a fitness instructor for about two years. Next to her job in IDF, she began studying law and International Relations at IDC Herzliya College while preparing herself for modeling and acting careers.

Gadot’s appeared in Fast & Furious (2009) film, fulfilling her role as Gisele Yashar in the first international film.  She earned world fame by her role as Wonder Woman in the DC Extended Universe beginning with Batsman vs Superman.

Gadot gathered fame in no time that she as included on Times’ annual list of the 100 most influential people in 2018. She was also listed among the highest-paid actresses over the globe.

Gal Gadot was born in the central city of Israel, Petah Tikva. But she was raised in the neighboring city of Rosh Haiyan. In the native language of Israel “Hebrew”, the meaning of her first name is “wave” and the surname is “riverbanks”.

The parents of Gal Gadot are Irit (nee Weiss), a teacher, and Micheal Gadot was an Engineer. The birthplace of her parents is also Israel. Her parents Hebraized their surnames from “Greenstein” to “Gadot” just before her birth. Gadot’s father is a sixth-generation Sabra. Maternal grandparents of Gadot were born in Europe. Her maternal grandfather was imprisoned in Auschwitz but later on survived the Holocaust and saved himself. On the same side, her grandmother left before the Nazi invasion.

Gadot has stated once that she had brought up in a “very Jewish Israeli family environment”. Gadot’s family is a descendent of Ashkenazi Jewish. She also has her sibling Dana as her younger sister.

Gadot completed her mandatory services in the Israel Defense Forces as a fitness readiness instructor for about two years. She started her service at the age of 20.

About her role in Fast & Furious film (2009), she stated that her background helped her to win the role of Gisele in Fast & Furious. Furthermore, she said, “I think that the main reason was the director Justin Lin really loved that I was in the military, and he wanted to utilize my knowledge of weapons”. After her services in the military, Gadot began to study law and International Relations at Herzliya College. 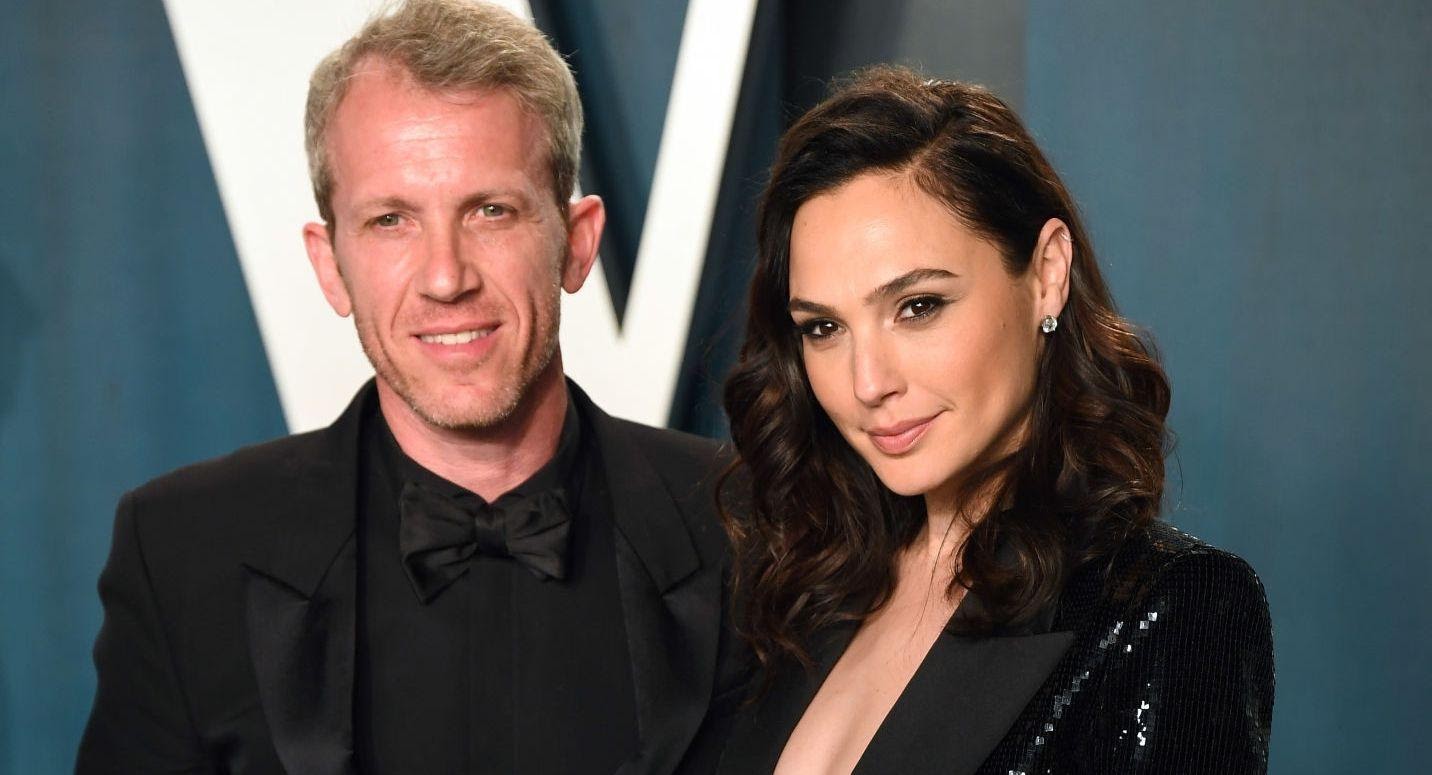 Gal Gadot with her husband; Yaron Varsano and Gal Gadot

Gadot married his Dream boy, Yaron Varsano, Israeli Real estate developer in 2008. Gadot gave birth to two baby girls one is 2011 and the other in 2017. Gadot and her husband run a combined business of Boutique Hotel in Tel Aviv that Gadot helped to run. They sold out their hotel to Roman Abramovich in 2015 for $26 million.

She has achieved fame in her life as a Model, Producer, and actor by working in many national and international classics. She is a model of beauty as crowned Miss Israel in 2004 with an impressive height of 5 feet and 10 inches (1.78 m). She is active in his career from 2004 to the present.

As she won the title of Miss Israel at the age of 18 in 2004, then also competed in the Miss Universe 2004 pageant in Ecuador. Gal Gadot, a pride of modeling, has headed the international campaigns as a model for Miss Sixty, Huawei smartphones, Captain Morgan rum, Gucci fragrances, and Vine Vera skincare ranges, and Jaguar Cars.

In 2015, she became famous and leading the face of Gucci’s Bamboo perfume brand. She showed her talent to be displayed as the cover girl on Cosmopolitan, Glamour, Bride Magazines, Entertainment Weekly, UMM, Cleo, Fashion, Lucire, FHM. Gadot has also been hired as the main model for the fashion brand Castro from 2008 to 2016.

In 2013, an estimated figure about her combined salary of modeling and acting was around 204 million.

In 2007, Gadot appeared as a 21-year-old woman in the Maxim photo shoot “Women of the IDF” and was then displayed on the cover of the New York Post.

After the completion of her first year at college, she was asked by a casting director through his agent by to have the audition for the role of Bond Girl Camille Montes in the detective film Quantum of Solace.  A few months later, she appeared in Israeli drama Bubot in 2008.

Three months later after the audition, the casting director from her audition for the Quantum of Solace chose her to play the role of Giselle in the Film Fast & Furious, the fourth film of Fast & Furious franchise. Gadot showed her stuntwork in those films.

In 2010, she played small roles in the action-comedy Date Night and the action-adventure comedy Knight and Day. In 2011, she was back again to Fast & Furious franchise, reprising her role as Giselle and in 2013’s Fast & Furious 6.

Gal Gadot as a Wonder Woman! 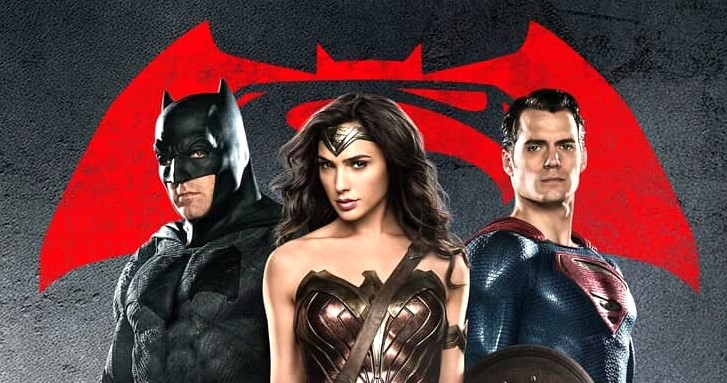 Gadot depicted the role of Wonder Woman in the superhero film Batman vs. Superman, Dawn of Justice (2016). She was trained for Swordsmanship, Kung Fu, Kickboxing, Capoeira, and Brazilian jiu-jitsu during the preparation for the role.

Her last film of 2016 was the action-comedy movie in which she portrayed the role of a secret agent with Zach Galifianakis, Jon Hamm, and Isla Fisher.

In 2017, she again starred for her role as “Wonder Woman”. She repeated her role in the orchestra film Justice League, which was released later on in November 2017 and that was her third DC Extended Universe installment. In 2017, she was eagerly invited to join and honor the Academy of Motion Picture Arts and Sciences.

In October 2019, she established a production company with the name ‘Pilot Wave’ with her husband and started working as a producer. She is determined to star and excel in a co-produce Apple TV+ limited series about actress and inventor Hedy Lamarr, as well as the Warner Bros, historical thriller film Irena Sendler about Humanitarian Irena Sendler.

Gal Gadot appeared in a music video for Maroon 5’s single “Girl Like You” promoting Cardi B. in July 2018, during a break whilst the production of Wonder Woman 1984 movie, she had a visit to the Virginia Children’s hospital in the costume of Wonder Woman.

She earned the name of a pitchwoman for smart water in 2020, in place of Jennifer Aniston who had been served in that role since 2008. In March 2020, during the Covid-19 Pandemic, Gadot and many other celebrities featured an online version of the John Lennon song “Imagine” in order to keep up the spirits of the people and don’t lose hope. But the performance was not perceived as a good contribution and criticized.

To put in a nutshell, Gal Gadot is the pride of Israel and had been a marvelous actress, producer, and model. She worked in many action films such as her role as Wonder Woman in Fast & Furious (2009) and similarly in Justice League. She was born in Israel and then got the title of Miss Israel in 2004. She had had many achievements and successes in her acting career due to her beauty and skills. Moreover, putting to end, she is a great actress and an undeniable capital of the western world of action mainly Israel.