DANIEL ANDERL: SON OF US DISTRICT COURT OF NEW JERSEY...

Salas’ belonged to Monterey Park, California. She was a daughter of a Jewish father and Catholic mother, who were Cuban and Mexican immigrants. She moved to Union City, New Jersey at the age of five along with her family, and got her degree of Law from there.

She was married to a successful attorney, Mark Anderl. She had one son with Mark, Daniel Anderl who was shot to death recently. 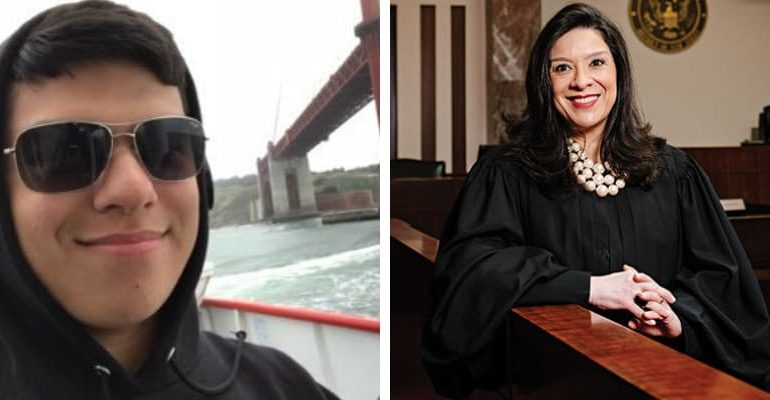 Salas’ son, Daniel Anderl, who was only 20, was shot and killed by a gunman on Sunday at her North Brunswick home.

The Chief Judge, Freda Wolfson reported to CNN, that Esther’s son was killed on Sunday and her husband, Mark got injured during the incident. Whereas, Esther herself is unharmed and doing fine.

According to the sources, the person who shot Esther’s son and attacked the whole family was dressed up as a FedEx employee, and it is unclear and yet to find out if he was actually a FedEx employee or came as a disguise.

US MARSHALS AND FBI INVESTIGATING THE SHOOTING:

The unfortunate incident is being investigated by both US Marshals and FBI to find out the reason behind the attack. According to law enforcement, the whole family was peacefully spending their Sunday at home when someone rang the bell. The son, Daniel opened the door with his father right behind him. As soon as he opened the door, the gunman dressed up as a FedEx employee opened the fire and immediately ran away after that. Daniel was pronounced dead on the scene, while Mark was injured.

The FBI is working closely to find out the killer. In an interview with CNN, the FBI stated “We are looking for one subject”, they further quoted, “We are working closely with our state and local partners and will provide additional updates when available”.

According to the reports revealed by CNN, the FBI is working day and night on this case to find out more clues which can eventually lead them to the murderer. As for now, their only lead is the gunman dressed up as a FedEx employee which they are unsure about if he was actually a FedEx employee or was only dressed up like one to mislead them.

And as per the family, they didn’t have any enemies and were not threatened by anyone as a matter of fact so the motive is still unclear.

AN EMAIL STATEMENT BY JONATHAN LYONS, A SPOKESPERSON FOR FedEx:

Phil Murphy, the Governor of New Jersey, spoke about the Judge and her family in a statement, in which he quoted “Judge Salas and her family are in our thoughts at this time as they cope with the senseless act. This tragedy is our latest reminder that gun violence remains a crisis in our community and that our work to make every community safer, isn’t done”.

The US democrat, Sen. Bob Mendez, who recommended Salas to Barack Obama for the post, also paid his respects and condolences to the family saying that he’s very sorry for their loss and is praying for them to find peace soon. He also said that the people who are responsible will be found and arrested very soon.

The Mayor of Brunswick, who was also a close friend of Mark Anderl, told CNN that Mark is one the most competent and loyal attorneys he has worked with. Womack further said, ‘He’s a very high-spirited, happy and delightful person who loves to talk about his wife and son. He talked about his son all the time and things related to him with so much love and now when his son is no more, it is hard to see Mark like that’.

The FBI is still looking for clues and has dropped their number in order to get more leads from people who have witnessed anything.