EKTA KAPOOR LEFT A HEARTFELT NOTE ON SUSHANT’S ONE MONTH...

Ekta Kapoor was the one who cast Sushant Singh Rajput in “ Kis Desh Mein Hai Mera Dil”, making him a Household name in India. Even though he played the second lead role, still he was eye candy for viewers.

Next, Ekta Kapoor cast Sushant in Pavitra Rishta, which became a big hit for Sushant’s career as then he took his first step into the world of Bollywood.

Post Sushant Singh Rajput’s sad demise a month ago, a lot of B-town and TV actors expressed their grief, Ekta Kapoor was also heartbroken after he passed away.

Today, marking the one month death anniversary of Sushant, Ekta Kapoor took to her Instagram handle and shared a beautiful Collage of Sushant’s photos and along with the post, she wrote in sorrow;

We will smile and make a wish when we see a shooting star and know it’s u!!!!

Mouni Roy, Arjun Bijlani, Mukesh Chhabra, Akshay Dogra, Karishma Tanna, and many others left a Heart Emoji on the Post.

Before that, Rhea Chakraborty, also took to Instagram to share her grief and anguish. She was rumored to be Sushant’s girlfriend as they were dating and spotted together multiple times.

Rhea changed her Whatsapp messenger profile picture with herself and Sushant’s Selfie recently, Couple looked joyous in a candid image. It is the first time since Sushant’s death that Rhea had expressed herself publicly. She left a heartfelt note for him and thanked him by saying that he made her believe in love.

“Till struggling to face my emotions.. an irreparable numbness in my heart. You are the one who made me believe in love, the power of it. You taught me how a simple mathematical equation can decipher the meaning of life and I promise you that I learned from you every day. I will never come to terms with you not being here anymore.” 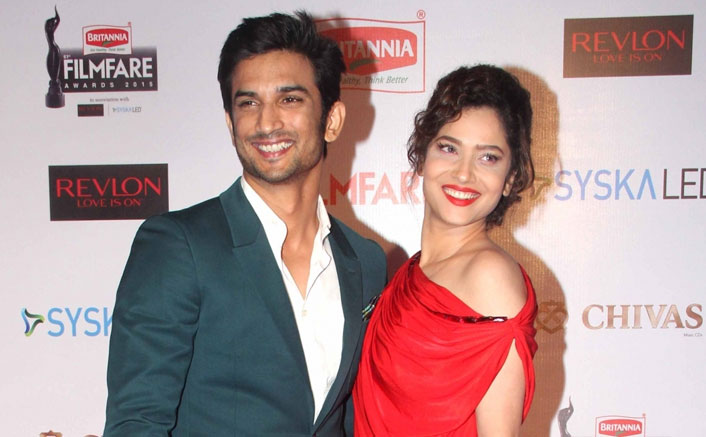 Sushant Singh Rajput did a show with Ankita Lokhande, she played the role of Archana Deshmukh in that Tv show. Soon after that, they fell in love in real life and had been in a committed relationship for six long years.

They even decided to get married but things became bitter in them, and they parted ways.

She lit a Diya in front of Ganesha Idol and wrote down “Child of God”, in loving memory of Sushant on Tuesday.

Ankita posted for the first time since the demise of Sushant Singh Rajput.