Player ‘Desean Jackson’ of Philadelphia Eagles(NFL), Apologized for His Controversial...

American player DeSean William Jackson, the wide receiver for ‘Philadelphia Eagles’ of the National Football League(NFL). Apologizes to the Jewish community on the anti-semitic comments he posted earlier about; Adolf Hitler and Islamic leader, Louis Farrakhan, on his social media.

Eagles’ team owner Jeffrey Lurie and general manager Howie Roseman, are themselves Jewish and they found the post very offensive. They called out Jackson on the controversial posts he made and warned him that they will take serious actions. As the post was very offensive, atrocious, disrespectful, and inappropriate for the Jewish community in many ways.

According to ESPN’s reporter, Tim McManus:

The ESPN’s reporter Tim McManus revealed that the player contacted the team manager Jeffrey Lurie to apologize to him for his inappropriate comments and that he respects and cherishes the Jewish community. He further showed his desire to work with the Jewish community in person to enlighten himself more about the Jewish religion.

He also deleted the two posts he made earlier on Saturday and Monday, after facing the extreme rage of Jews as well as ‘Anti-Defamation League’ and ‘Southern Poverty Law Center’. 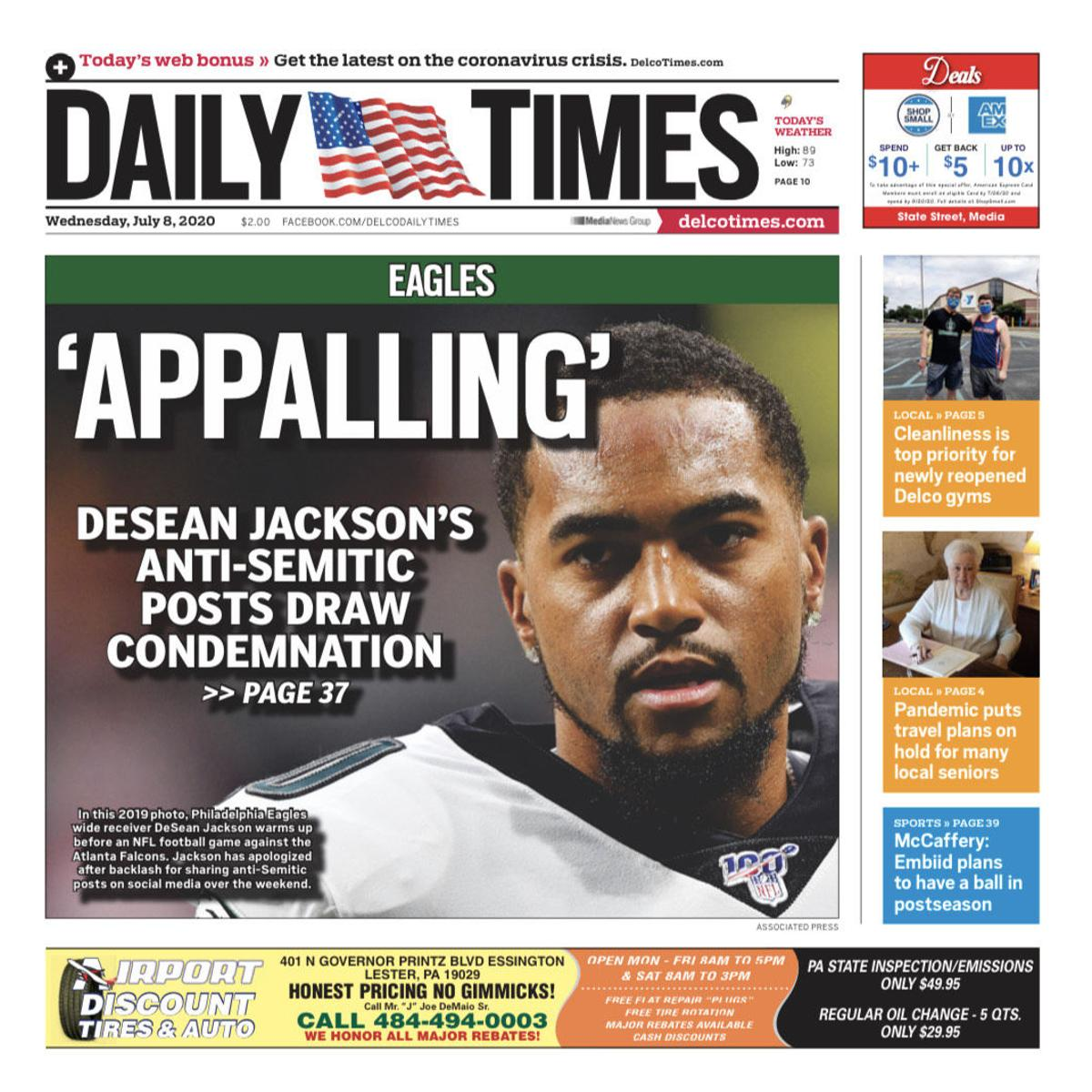 Eagles statement on the unfortunate incident:

The Eagles stated that they have spoken to DeSean Jackson; and they asked him to apologize for the misleading statements he made. They said that no matter what his intentions were, the post was still very offensive to the Jewish community and they have no place for people who shame other religions in their league.

They further said that they were downhearted on seeing such brash comments coming from a person like him. Immediately notified him to apologize and to use his social media accounts to spread love, unity, and equality rather than using it to spread hate and making disrespectful comments about other communities. They showed the incentive of taking serious actions against him.

Mentioned educating DeSean along with the whole staff, to make them learn and grow into a better person, and above all a good human being.

Jackson’s apology to the NFL and Jewish community:

DeSean made a call to the NFL and said that he didn’t mean to disrespect anyone by any means and he expressed regret for hurting and disrespecting people unintentionally.

He said that he actually is sorry and will do better as a person in the future. Further on he mentioned that he has no negative thoughts or intentions against the Jewish community. And his heart is filled with respect for them. He said he believes in ‘EQUALITY’ and nothing more or less. According to him; this whole thing was a misunderstanding and probably a bad choice of word that in turn offended so many people.

On Tuesday, the ADL Philadelphia asked the player to immediately apologize for his hurtful comments against the Jewish community or they will take serious steps against him. After that, the player personally apologized to the Eagles and ADL and stated that he’s extremely sorry. He also made an apology on his social media saying that he believes in equality; and will do better as a person in the future.

Thank you @deseanjackson10 for continuing to consider your prior posts and recognizing they were “insensitive and ill informed.” This is a critical step in committing to the work of fighting #antisemitism and all forms of hatred. https://t.co/tzLUweMkn9 pic.twitter.com/unwRmtOgxI

After his apology, the ADL Philadelphia tweeted that they highly acknowledge DeSean’s apology. And are very happy that the Eagles confronted him right away. They said that now they expect him to use his social media for a positive purpose. And wish him to work with the Jewish community to avoid making any sort of other controversial statements in the future.