Brooklyn Beckham, 21, the eldest son of former professional football player David Beckham and a renowned fashion designer Victoria Beckham, is a famous photographer and a model. He was born in the West end of London and was raised in Madrid, Spain.

He was named Brooklyn because his parents found out that they were pregnant when they were in Brooklyn.

BROOKLYN BECKHAM TIES A KNOT WITH HIS GIRLFRIEND, NICOLA PELTZ: 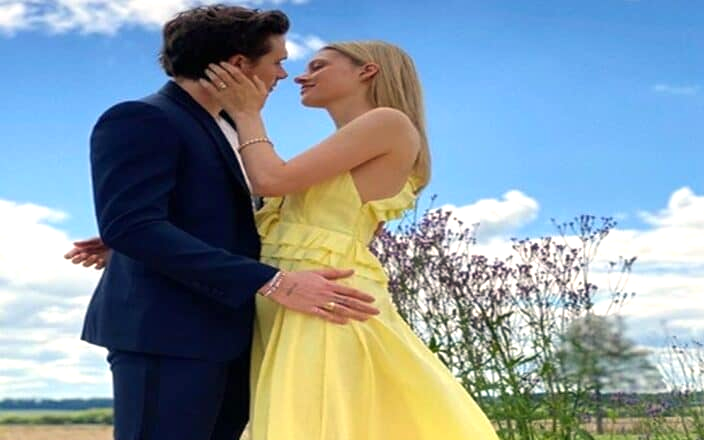 The adorable couple Brooklyn Beckham and Nicola Peltz, made fans happy by announcing the exciting news of their engagement on Instagram on Saturday, a little while after the news was already out by some inside sources

Before his relationship with Nicola Peltz, the model dated Hana Cross who’s also a model but broke up in September 2019 as things didn’t work out between them.

Brooklyn made a very cute and romantic post about his engagement on Instagram in which he quoted that ‘two weeks ago I asked my soulmate to marry me and she said yes’. He wrote this alongside with a romantic picture of them in which Nicola’s beautiful bright Diamond engagement ring was showing.

The model further wrote that ‘he’s very lucky to be the eldest son of David and Victoria Beckham, and even more lucky to be able to find a life partner like Victoria Peltz’.

He further added, ‘I promise to be the best husband and best daddy one day. I love you baby xx’.

American actress Nicola Peltz, 24, is the daughter of billionaire businessman Nelson Peltz and famous model Claudia Heffner. She got her first role in the film, The Last Airbender, in 2010 from which she got a lot of fame and signed a lot of films and dramas after that including the famous film ‘Transformers: Age of Extinction’.

The actress recently got engaged to David Beckham’s eldest son Brooklyn Beckham. They have been dating for quite a while now and got engaged recently.

Along with Beckham, Peltz also made a romantic post on her Instagram regarding their engagement in which the actress wrote, ‘You have made me the luckiest girl in the world. I can’t wait to spend the rest of my life by your side. Your love is the most precious gift. I love you so so much baby’.

She posted the same picture Brooklyn posted on his Instagram with his caption. Peltz thanked Brooklyn’s youngest sister, Harper for capturing such a beautiful moment into a gorgeous picture.

The actress was seen flaunting her diamond engagement ring in the picture.

The fans found out about the two stars dating when Brooklyn wished Peltz publically on his Instagram on her 25th birthday, alongside a romantic mirror selfie in January 2020. The actress posted a candid photo of them in April with a caption that ‘she’s very lucky to be dating her best friend’, and another photo in March with a caption ‘Soulmate’.

After the official announcement, mother of Brooklyn Beckham, Victoria Beckham also made a post on her Instagram congratulating the couple and wishing them a lifetime of happiness