The incident at Beirut, the capital of Lebanon occurred at around 6 pm in the evening. That destroyed almost the whole area of Beirut including the destruction of 5 million houses of the residents. That explosion was so damaging for all over the world and made an intense impact on all people around.

At the start, the bursting of fire was quite normal to some extent, but when the fire brigadiers went inside to water the fire, a tremendous explosion could be heard all around there and the black smoke went viral all around the sky. That bursting took a lot of people’s lives and it gives huge damage to everyone there.

Everyone is so disturbed after this incident happened there. Thousands of people lost their loved ones, their residential places, and everything in that explosion. Even the people who live outside Lebanon can be seen concerning the people of Beirut, people all around the globe are continuously trying to help them by funding or donating methods.

The residents of Beirut, who were mainly affected by all this explosion are continuously trying to cope with the damage that occurred there. They are all blaming the leaders and the president of Lebanon for all this eruption and explosion. They said that all this occurred just because of the careless behavior of the Leaders of Beirut, the capital of Lebanon.

Residents of Beirut started the protest on Thursday evening

Protests have been started against the leaders of Lebanon, as the people of Beirut were not under control after facing that large explosion in Beirut. They were showing their anger by throwing the stones to the security guards there who were trying to save the leader of Lebanon.

The people of Lebanon were seen very damaged inside out as this explosion took the lives of almost 145 people in no time. They all were seen so exasperated during the protest in front of the country’s parliament in central Beirut on Thursday evening. People of Beirut burnt the tire and threw stones on the security guards present there just to show their infuriation. 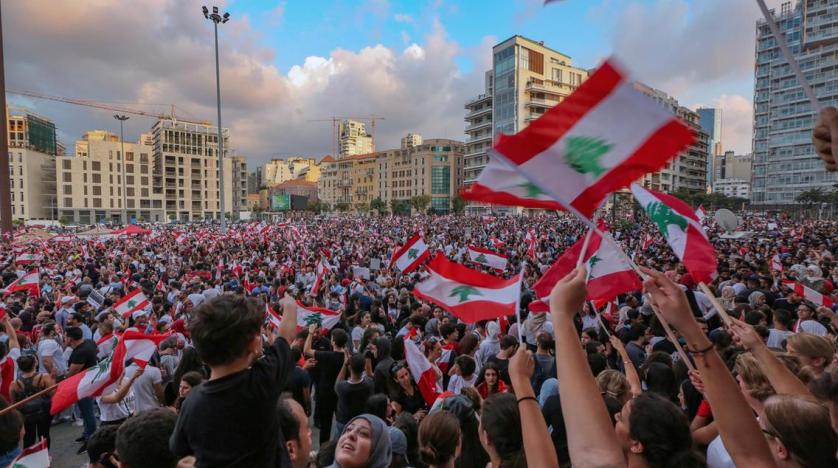 Army forces were seen to control the crowd

Just to cool down and disperse the protesters, they spread the tear gas all around. Other army forces also went there to hold the crowd that was so difficult to control by simple security guards present there.