Bollywood legend Amitabh Bachchan, 77, born on 11th October 1942, is one of the most famous actors to be alive in the massive Bollywood industry. Bachchan starred in about 200 films and all of them gained a lot of fame due to his mesmerizing and flawless acting. He gained popularity most in the 1970s from his blockbuster films like Zanjeer, Sholay and, Deewar.

He was considered as the most popular and dedicated actor of Bollywood who spent most of his life entertaining people through his films by devoting himself to the Bollywood industry.

The actor received a number of awards for his tremendous performances and some awards as a token of respect from the industry. His wife Jaya Bachchan, son Abhishek Bachchan and daughter-in-law Aishwarya Rai Bachchan, are also famous Bollywood actors that have given some masterpieces to the industry.

The actor also had his foot in politics for a while and was elected as a member of India’s Parliament in 1984 by PM Rajiv Gandhi.

He started his own business by the name of Amitabh Bachchan Corporation for event management and film production in 1995. Later on, he started doing a TV show ‘Kaun Banega Crorepati’ which got a lot of fame.

Amitabh Bachchan informed his fans about his current condition in the latest tweet saying that he ‘has tested positive for coronavirus and has been shifted to hospital. The family and staff members have also been tested and are now waiting for the test reports’

Earlier today both my father and I tested positive for COVID 19. Both of us having mild symptoms have been admitted to hospital. We have informed all the required authorities and our family and staff are all being tested. I request all to stay calm and not panic. Thank you. 🙏🏽

Bollywood actor Abhishek Bachchan, 44, son of Amitabh Bachchan, later on, tweeted that he has also been tested positive for Coronavirus and has shifted to the hospital. 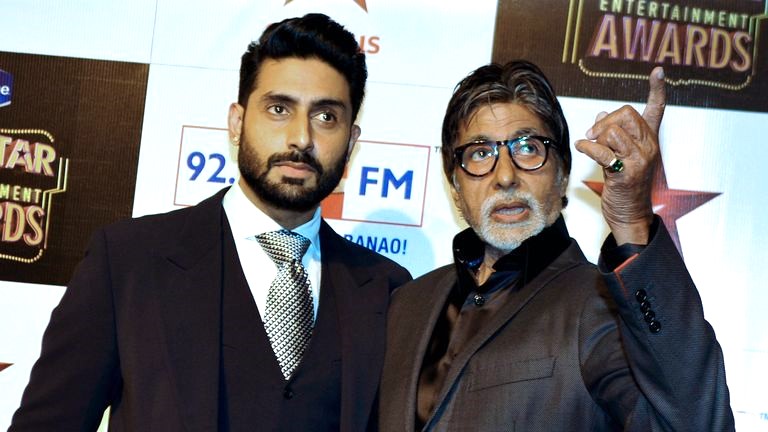 According to the sources, both actors have been moved to Nanavati Hospital located in Mumbai for further treatment and to isolate themselves strictly. Abhishek notified that both of them are experiencing mild to moderate symptoms for now and are doing well.

The agency reported that the actor is stable for now and is in isolation showing mild symptoms. He requested all the people that were in close contact with him or the family in the past few days, to get themselves tested as soon as possible to eliminate the suspicion.

Furthermore, he reported that the rest of the family has been tested negative in Corona Serology(antibody) tests.

According to the news, Amitabh Bachchan’s house in Mumbai has been sealed by the Mumbai municipal officials. Banners quoting “Containment Zone” have been placed outside the house.

The fans are advised to stay away for a while and respect the family’s privacy, and also to protect themselves. They are requested to pray for the family to get well as soon as possible.

Along with all the fans, the celebrities have also been wishing the actor to get better soon. Actress Sonam K Ahuja and Indian cricketer Irfan Khan wished the legend to get well soon.

Amitabh Bachchan recently took part in the Coronavirus campaign to help the government. The campaign that India has reached up to 821,000 cases of COVID-19 in total that is the 3rd biggest caseload worldwide.