He was and is very well-loved by the people and had a bunch of blockbuster songs and albums that are played on Spotify repeatedly to this day. Two of his very famous songs, ‘Lucid Dreams’ and ‘All Girls Are The Same’ benefited him in securing a recording contract with Lil Bibby’s Grade A Productions and Interscope Records.

These two songs were added to his ‘Goodbye and Good Riddance’ album which became platinum on December 5, 2018. 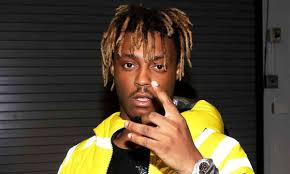 WRLD was a serious drug abuser from a very young age and was completely addicted to them the reason why he ended up passing away. He died of a drug-induced seizure due to overdose.

His mother said that Higgin was also a patient of depression and anxiety along with his drug addiction and that he was dealing with a lot at such a young age. After the autopsy report, the medical examiner revealed that Higgin’s died of ingesting a huge amount of the drugs Oxycodone and Codeine, that were found in his system.

Higgins was very compassionate about his profession and used to invest a lot of effort into his songs and albums. His songs were soulful and very famous, the reason very people were fond of him and his songs. In 2018-2019, he was working on his album ‘WRLD on Drugs, Death Race for Love and Death’, that came on 31st number on the Billboard hot 100.

Late Rapper Juice WRLD who died of a drug-induced seizure at Chicago International Airport on December 8, 2019, was very consistent with his work and used to release music back and forth before his death.

His first new album ‘Legends Never Die’ released recently on Friday, July 10 after his passing away.

Legends Never Die is Juice’s third solo album. The two previous albums, Goodbye and Good Riddance were a huge success and rose to the top and no.4 and no.1 albums on the ‘Billboard 200’.

Along with these projects, WRLD also teamed up with another rapper friend to work on ‘Future of WRLD On Drugs’ Juice’s new album also features ‘Righteous’ and ‘Tell Me You Love Me’. The album follows the same track of the two previous albums Goodbye and Good Riddance and another one from 2019, ‘Death race for love’.

The album is already predicted to break all the records in the music industry and people can already see it making it to No.1 on Billboard 200. It is the second major rapping album to be released posthumously in the past week, the first one being ‘Shoot For The Stars Aim For The Moon’ by the late rapper, Pop Smoke.