Leaving all astonished and shocked due to his suicide, Sushant Singh Rajpoot. The late actor hits the movie screens one more time with a romantic drama film named Dil Bechara. This film commenced on the 9th of July, 2018 with the delay due to production issues and the Covid-19 pandemic all across the globe.  The trailer of this heart-touching film dropped on the 6th of July this Monday.

This movie was always going to be moving due to the sentimental storyline. But the bitter truth of the late actor not being among us anymore has made it even more saddening to watch.

The cast of Dil Bechara Movie:

The painfully beautiful story of this romantic drama, Dil Bechara is based on the best-selling novels of 2012, The Fault in Our Stars by the author Johnny Green. It is an official remake in which two youngsters fall in love, both battling with the life-threatening disease of stoic aplomb cancer. Both bonds over music and their love for movies and are seen immensely in love but Kizie, played by Sanjana tries to keep the hero away from her as he is in remission himself. 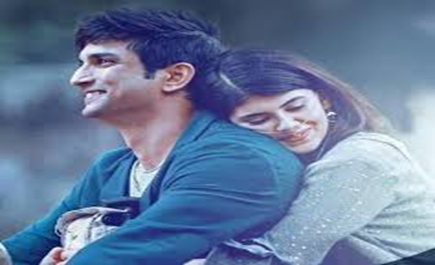 Sharing and making happiness and love on their journey, both try to live their ending lives to the fullest, trying not to worry about a thing in the world. Both go on various adventures including Paris which affixes their bond further. However, life comes in the way. The heartwarming performance of the entire cast will surely leave no eye dry.

Director of the film; Mukesh Chhabra

Mukesh Chhabra, which got the honor to direct this bittersweet film got emotional while talking about this project on social media saying that he never thought that the release of the film would be without Sushant’s dear soul. In a recent interview, he stated; “Sushant was not just the hero of my debut film as a director but he was a dear friend who stood by me through thick and thin.

We had been close right from Kai Po Che to Dil bechara….” he further got sentimental expressing that his art and talent need to be admired and he was glad that the film will be available for everyone to watch.

Sushant used to give his creative suggestions for the betterment of the scene as Mukesh himself stated that. He would sit and read with him; and gave his creative view whenever he felt like the scene or shot could be improved.

The lead actress Sanjana wrote; “Here’s presenting to you, our labor of love. The #DilBecharaTrailer is out NOW. He was the one who healed her. And took away her pain by celebrating each and every little moment that mattered. We miss you so much, Sushant.”

The poignant romantic drama film Dil Bechara is set to release on the 24th of July 2020. It is reported to stream on Disney plus Hotstar for free as a tribute to the late actor Sushant Singh Rajpoot.