“Euphoria Creator” Zendaya and John David Washington Together Shot A...

Sam Levinson is the program creator of “Euphoria”. He has recently filmed a movie with an untold story in the mid of the Covid-19 pandemic. He shot the film with the actors Zendaya and John David Washington, Deadline reports. The film is adorned with the title of “Malcolm & Marie” and was filmed in a period from June 17 to July 2 at the Caterpillar House in Carmel, California.

Why the film was shot secretly and disparately?

Due to the prevalence of the Covid-19 pandemic, the film was shot secretly. All the guilds such as the WGA, DGA, and SAG-AFTRA gave the approval of the production and the cast and the crew apparently as the movie was shot in secret.  The filming was done with strict Covid-19 safety protocols. All the production, the cast, and the crew were handled with grave precautionary measures against Coronavirus.

The theme of the Secret Movie- A Marriage Story!

Euphoria Creator has net disclosed yet the plot summary of the “Malcolm & Marie”. Although the deadline reported some signs of the story that the film has “some echoes of Netflix’s Marriage Story” while resounding with a number of suspicions about social themes that the world is experiencing right now.  Moreover, All the production team was bounded in one location at the Caterpillar House.

The Caterpillar House in California is often depicted as “an environmentally-conscious glass architectural marvel” and “The first LEED Platinum Custom Home on California’s Central Coast”. The location was so suitable for the filming that “allowed the production to use very little air conditioning or heat with the home’s glass doors providing Fresh Air. 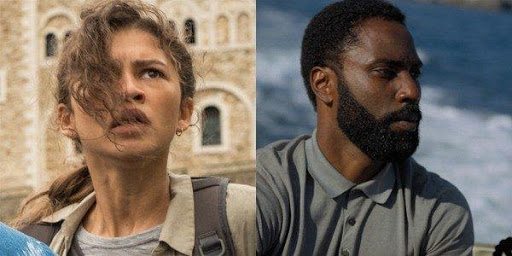 Safety Measures were taken against Covid-19 while filming of production:

In accordance with the Deadline, it is reported that the whole cast and crew lived in “Disparate Residences” for about two weeks before reaching the shooting location, “The Caterpillar House”. All the cast and crew kept the social distancing measure while attending a meeting or any other event like on Hikes. They also wore masks on their faces to prevent contact with the Coronavirus.

The actors were quarantined for about two weeks to assure the health safety of the whole production. While being quarantined, they rehearsed their dialogues and scenes while strolling around in the parking lot. It was so they could keep their distance prior to the two-week quarantine ending.

Everyone was restricted to enter or leave the property during the filming of the production. As far as the production is concerned, the Deadline has a complete and comprehensive sketch of what was and wasn’t permitted during filming as well as including the exclusive list of Covid-19 safety measures.

Funding of the Project and the dignity of “Euphoria”

Sam Levinson, “Euphoria” Creator funded this project himself. The other persons who funded in the project include the production partner of Sam Levinson, his wife Ashley, Zendaya, Washington, and producer Kevin Turen. The filmmaker and Zendaya had to close the production on season 2 in March because of the Pandemic.

The filmmaker and Zendaya both work together on HBO’s “Euphoria”. The production “Malcolm & Marie” also highlights the work of “Euphoria” cinematographer Marcell Rev and production designer Micheal Grassley.