The Title Track of Dil Bechara; Sushant Singh Rajput and Sanjana Sanghi Starrer are out and everyone’s heart racing after watching his starstruck performance in the title song composed by none other than AR Rehman.

Dil Bechara is scheduled to release on July 24.

A few days ago, the teaser of the first song came out. Now on Friday, the full song is out and leaves everyone in awe of his mesmerizing and fascinating dance moves on AR Rehman’s cradle song.

Title Track is finally out;

The teaser already gave the audience an idea about how joyous and lovely soul, Manny is. But the song shows a different perspective of Sushant’s Singh Rajput’s Character.

The song is created by Oscar-winning Artist AR Rehman himself, Dil Bechara is a notion of love and friendship as it introduces Manny to all of us. The song begins with Manny on Stage, who seems to be friend-zoned, dances to the melodious tunes, and pours his emotions out.

Kizie Basu Aka Sanjana has not much part to play in the song as she was in awe of his energetic dancing moves. His performance also gives a touch of Michael Jackson and Shah Rukh Khan. The song ends at Sushant’s heart throbbing smile, which will surely leave his fans overwhelmed as it’s the last movie of Sushant’s Carrier.

The actor passed away on June 14, 2020, and left everyone heart-broken and surprised. 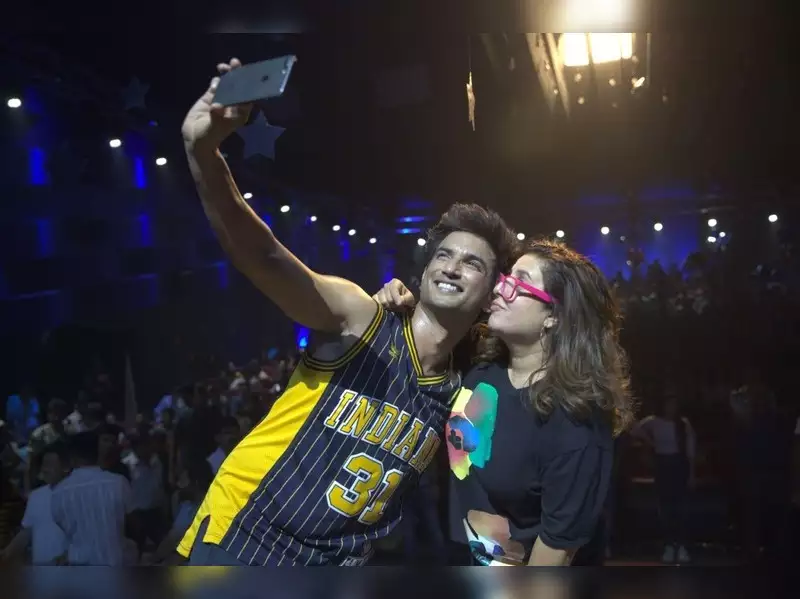 The Song was choreographed by Farah Khan. Sushant had filmed the song in one go, yes you heard it right. Farah Khan revealed in an Instagram Post that;

“It was the most special time for her, as she and Sushant were friends, but she was not being able to choreograph him, she wanted to shoot this in a single go and Sushant didn’t disappoint her.”

Only thing Sushant wanted as a reward was home-cooked food from Farah’s house.

The film is an adaptation of John Green’s book “The Fault in our stars” and stars Sushant as Manny and Sanjana as Kizie, who is playing a cancer patient. The Film has been directed by Mukesh Chhabra and will release on July 24, 2020, on Disney Hot Plus Star.